D is for Ducks and Docs (Holliday, That is) ([Mostly] Wordless Wednesday) 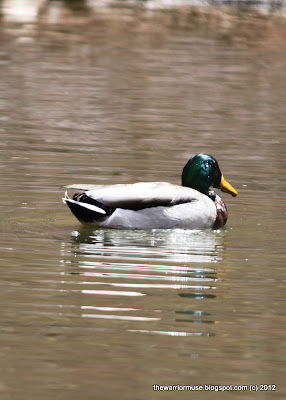 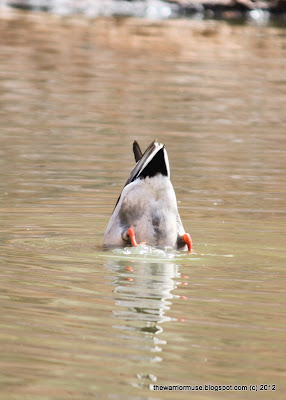 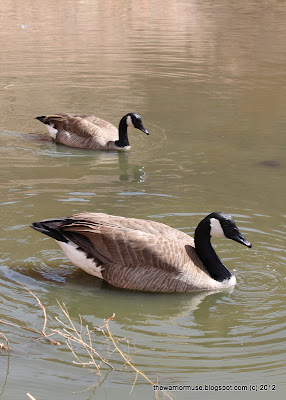 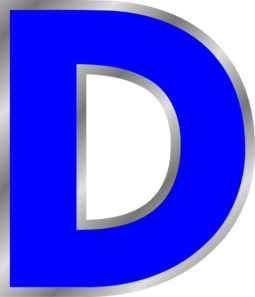 Born on August 14, 1851, John Henry Holliday, aka Doc Holliday, was the son of a Confederate soldier and pharmacist. His mother died of tuberculosis (consumption) when he was fifteen. Seven years later, he was diagnosed with tuberculosis, as well, and had to give up his dental practice when his coughing fits became so extreme that he could no longer do dental procedures without risk. He left Georgia for Texas, the end of the railroad, in order to get to a warmer, dryer climate.

Doc didn't really fit in, seeing as how he was an educated and cultured man, who'd had a wealthy upbringing. He took to gambling to make his way, using his intelligence to kill at the poker table. He often acted as a dealer, as well.

Gambling being a dangerous pursuit at the time, he frequently practiced with his six-shooter, becoming quite proficient with it. Doc was a short tempered man, though, and his ability with the gun made him quite deadly. His first documented gunfight was in January of 1875; neither man was wounded. However, a few days later he killed another man in a gunfight. The man he'd killed was a prominent citizen, and he was chased out of town by a posse, ending up in Jacksboro, Texas. Jacksboro was lawless, so the three gunfights that followed shortly behind his arrival didn't bring any punishment for him. He became a Faro dealer, wearing visible guns so troublemakers would steer clear. 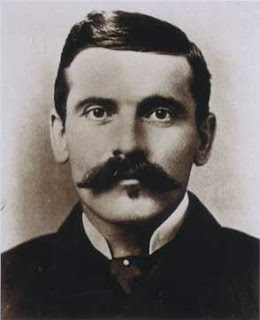 In 1876 he killed his third man, a soldier, over a disagreement. The U.S. government put a bounty on his head, and he was once again run out of town. He fled to Denver City and started dealing Faro again, but another argument led to him attacking another man with a knife. The man was mutilated, though he lived, and folks forced Doc out yet again.

He ran back to Texas, where he met U.S. Marshall Wyatt Earp, who was chasing Dave Rudabaugh, a train robber. Doc had played cards with the man and spoke with Earp, telling him where he suspected he'd gone. Earp contacted Bat Masterson, a sheriff in Dodge City, and Rudabaugh was captured. Doc and Earp became friends, and everything was going well until a man started trouble at the card table. He pulled his gun on Doc Holliday, who gutted him with his knife. By this time, Doc was infamous for his kills, and the town turned on him, despite the fact that this time it was self defense. He was arrested and placed in a guarded hotel room (there was no prison in the town), but Big Nose Kate helped him to escape before the lynch mob arrived. Together, they fled to Dodge City, where Doc set up his dental practice again, and Kate promised to leave prostitution behind her.

Kate was bored with this life, though, and they broke up, going their separate ways for a time. In response, Doc returned to gambling, though he didn't kill anyone for quite some time, staying lawful out of respect to his friend, Wyatt Earp. It wasn't until a couple of troublemakers, some cowboys, busted into the saloon and threatened to kill Wyatt Earp. Doc snuck up behind them and held a gun to their leader's head, allowing Earp to disarm them. 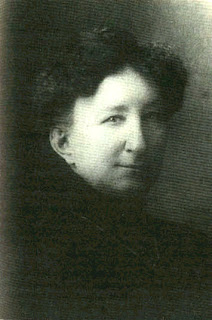 Doc's next kill occurred in Trinidad, Colorado, when Kid Colton challenged him to a gunfight. Some say he wanted to make a name for himself. He did, but not the name he was looking for. Doc took him down with two bullets.

In a roundabout way, Doc Holliday, Wyatt Earp and Big Nose Kate all ended up together again in Tombstone, Arizona. Doc had killed one more man in a face-to-face gunfight, and been chased out of yet another town by a lynch mob.

Earp and his brothers had come out to mine for silver, but Wyatt ended up being deputized by his brother. A local outlaw gang, The Cowboys, resented the arrival of law, and went on a crusade against the Earps and Doc. When a stagecoach robbery was committed, with two people killed, The Cowboys pointed the finger at Doc. Big Nose Kate was plied with liquor by the sheriff and signed an affidavit saying Doc had been the shooter; she was angry with him for tossing her out (again). She took it back once she sobered up, but Doc had finally had enough and kicked her out for good, sending her away.

On October 25, 1881, Doc and Ike Clanton, one of The Cowboys, got into an altercation when Doc had enough of the threats against him and the Earps. They were split up by Virgil Earp, but Ike promised to see him the next day in a showdown. The next day, The Cowboys gathered to hijack Doc Holliday, a ways down from the O.K. Corral. The sheriff notified the Earps, who gathered Doc up and headed down to arrest the other men.

The actual gunfight lasted only about 30 seconds, with three of the Cowboys dead, and Virgil and Morgan Earp wounded. The sheriff showed up after the fact, having refused to be a part of the originally intended arrest, and arrested Wyatt Earp and Doc Holliday for murder. They were ultimately found to have acted within the law.

This became an all-out war between the two sides, with several more altercations, including Morgan Earp being shot in the back while playing pool. Wyatt Earp sought revenge for his brother's death, and Doc Holliday stayed by his side the entire time. This posse killed nineteen men who had been involved in a little over a year. Several warrants were put out for their arrests, but no man dared confront them.

Wyatt and Doc headed up to Colorado, where Doc was arrested by a man who claimed to have witnessed one of their killings. Doc made public that those who had stood against them that day were all outlaws, and the governor eventually freed him. He and Wyatt headed back down to Arizona, killing one more of the Cowboys along the way. 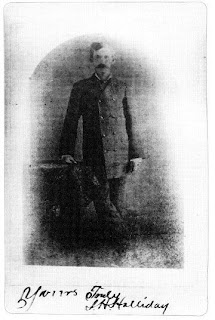 Doc ended up in Leadville, Colorado, living peacefully until another member of the Cowboys showed up in town. He waited for the man in a saloon and fired over his head when he walked in. The man fled, Doc was tried for attempted murder, but he was let off. He moved back to Denver, his health worsening, and met up with Wyatt Earp. He then went to Glenwood Springs, hoping to heal in the famous springs, but he died November 8, 1887, his feet bare, much to his chagrin. He'd expected he'd die with his boots on, shot, knifed or hanged.

Not a bad run for a man who went west to die.

Was Doc Holliday a bad guy? Seen any of these Old West towns mentioned in this post? Do you get Canadian geese in your area?