Today's Feature Friday will be featuring blogs that begin with the letter "F"! I'm feeling a little Sesame Street right about now...

Feather Stone is the author of The Guardian's Wildchild. She talks about writing and interviews/features authors and/or their books, but she also has a very peaceful way of looking at things and talks about things like meditation and caring for yourself.

At Feed me a Stray Cat M. Hufstader does short movie reviews. There are some good movies on there!

At Fiction and Film Kate Larkindale talks about writing and her career in cinema management.

At Finding Joy in the Journey Indie author Sheri L. Swift talks about day-to-life and the writer's life. Her book cover is a must-see!

Joyce from From This Side of the Pond talks about travels, writing and life, and does the Wednesday Hodgepodge Blog Hop.

The team at From the Write Angle give you tips and information on writing. They are currently holding an anniversary flash fiction contest!

Sarah Allen writes about writing on From Sarah, With Joy. Her "B" post was about blog incest, which amuses me, though the point was valid.

orts of the Wild West Frontier:

For the purpose of this post, forts are defined as permanent buildings that were created by the U.S. military.

Quick, why were military outposts, or forts, put up in the west? If you said to protect settlers from the Native Americans, you're wrong! As a matter of fact, they were put up to try to cultivate relationships between the Natives and white settlers, and to try to keep the whites from encroaching on Native lands. They also served to try to create peace between warring Native tribes. 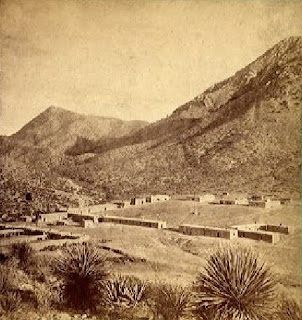 Forts of the west were often built out of stone, wood logs or adobe, depending upon the location. They rarely had large defensible walls, despite what you may see in the movies, as they were rarely attacked. 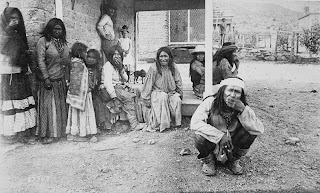 Unfortunately, the encroachment of white settlers, prospectors and trappers on Native territories spawned the Indian Wars, resulting in new forts being built with defense in mind, or the modifying of already existing forts. This is when they became closer to Hollywood's definition of a fort. They were used as Indian Agencies, in some cases, during and after removals of the Native population to reservations. 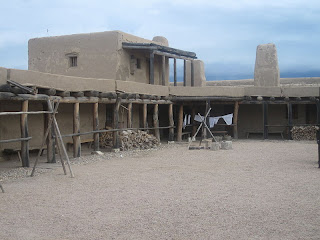 Three forts you might not have known were forts: 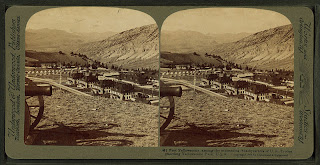 Visited any neat old forts? Do you already follow the featured blogs? Discover any new ones?