Before we start, I wanted to quickly announce that I'm guest posting over at the A-to-Z Challenge Blog today. Head over for a very brief post I hope will give you some encouragement to get through these last few days of the challenge.

Today is [Mostly] Wordless Wednesday, and my word is Veterans.  These photos were taken in Washington D.C. and are a tribute to our veterans. 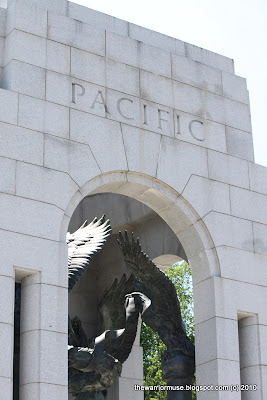 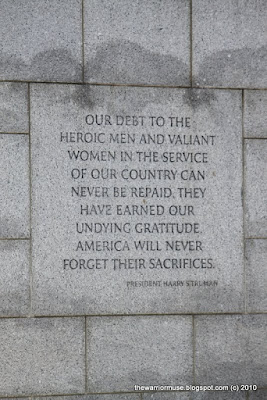 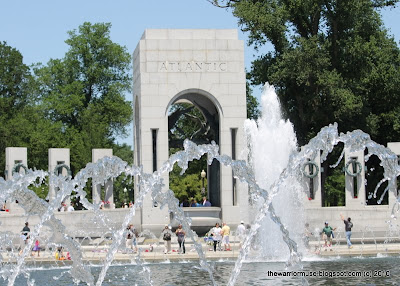 I know things have been pretty heavy the last couple posts (hey now, YOU try to find something fun and lighthearted about the Wild West for every letter of the alphabet - it's hard!), but I'd like to reassure you that the rest of the posts should be more along the same lines as the previous posts. More general interest and outlaws. Today's post is about the Valenzuela Gang. Okay, they weren't lighthearted, but at least we're back to outlaws.

alenzuela Gang. The Valenzuela Gang was made up of Inocente and Francisco Valenzuela, as well as whoever happened to ride with them. Nothing is known of their early lives, but they appeared along the Hassayampa River sometime in the 1880's, terrorizing those who lived there with robbery and murder. It has been theorized that they were secretly being led by a man named S.P. Stanton. He was a storekeeper who had attempted to be a Catholic priest years earlier, but was kicked out of Maynooth College for immoral behavior. It has never been proven that he had a connection to the Valenzuela Gang. 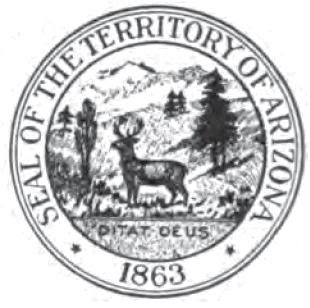 In the summer of 1886, the gang was thought to have murdered a man named Barney Martin, along with his entire family. They were traveling by stagecoach from Stanton, in Yavapai County, to Phoenix, due to issues with outlaws in the area (man, that's ironic). His arrival was looked forward to and awaited, his having been popular back in Stanton before he sold his shop. They had all their worldly possessions, along with the money from the property they'd sold. When they didn't arrive in Phoenix when expected, a search party was sent out looking for them. What they found was the family's charred wagon and belongings, as well as their burned remains.

S.P. Stanton was charged with the murders of the Martin family, but nothing stuck. He was killed sometime after this in the same year, by a man whose sister he had previously insulted. 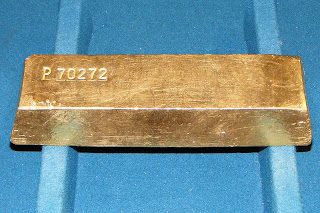 The rest of the gang managed to elude capture. In 1887, they shot the superintendent of the Vulture Mines, along with two guards. They were carrying a gold bullion bar worth $7000, which the gang tried to chop up with an axe, to no avail. Instead, they buried it and fled, splitting up in order to evade their pursuers, who included Sheriff Bud Gray and Jim Murphy, among others. They chased them across the desert until the outlaws were able to disappear into Mexico. The chase is remembered as one of the most spectacular in Wild West history, and is the reason this particular gang made it on the maps.

Francisco never returned to the U.S., living out his life in Mexico. Inocente (more irony) tried to sneak back to retrieve the bullion, but was captured by a posse and killed when he fought back. A third participant claimed he was forced to take part, and no charges were pressed against him.

<b>Glad we're past the really heavy stuff?  Still hanging in there with your challenge?</b>