O is for Oregon ([M]WW) and Original Night Stalker

Here we are at "O!" We're more than halfway through, and it feels great! I am in conference week, and have been busy, busy since last week in preparation, but as of Monday I'll be catching up on comments and blog visits.

For [Mostly] Wordless Wednesday, I thought I'd share some photos of Oregon, my home from age two to age seven, and then again the year I was married (for just shy of a year). It's a beautiful place, lush and green. Vibrant. But the photos I'm posting are of the coast, which tends to be windy and overcast, yet still so lovely. As beaches go, Oregon's are a little more rugged than some, with black lava rocks on the beaches (though I don't believe all of them, just the ones I'm familiar with) and towering light houses.

Note: I've posted these before, so some of you will have already seen them. You can never see enough lighthouse pics, right? 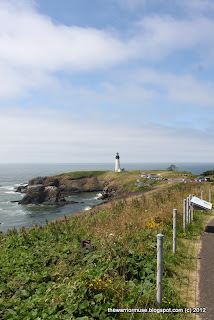 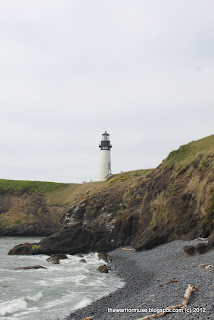 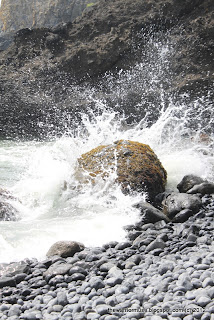 Anyone with even a passing interest in criminology has probably learned the cycle for certain types of violent criminals. Crimes start as petty, and on a much smaller scale, but they escalate as time goes by. One might start as a small-time criminal who breaks into women's homes and steals their underwear when they're not home. They may then escalate to rape, and ultimately murder. This is overly simplified, but it applies to the Original Night Stalker.

For this particular serial rapist/killer, a timeline might be easiest.

1974-1975
Visalia Ransacker
Note: This criminal has not been definitely tied in with the Original Night Stalker, as he never left behind DNA evidence that could be tied to the future cases. The time period, location and various details have led to officials considering this to possibly be the same person.
The Visalia Ransacker was a petty criminal, breaking into family's homes and ransacking their belongings. He might take small items, but never really anything of value. He carried a gun to his crime scenes, which he used on September 11, 1975, when he killed a man who attempted to stop him from taking his 16 year old daughter. In December of that same year, a policeman on patrol due to heightened security in response to the Visalia Ransacker stopped a man for questioning. That man pulled out a gun and shot at the officer, shattering his flashlight, which caused injury to his eyes. The man got away, but the Visalia Ransacker wasn't heard from in the area again. The crimes stopped, but it's thought the Visalia Ransacker hit over eighty homes during his one year crime reign.

1976-1979
East Area Rapist
Note: This criminal has definitively been tied to the Original Night Stalker through DNA evidence examined years later.
Six month after the Visalia Ransacker's crime spree ended, a rapist turned up in Sacramento and surrounding areas. At first, he attacked women who were alone, either because they lived alone or because those who lived with them were out. Many of the woman had reported attempted intruders or someone hanging around outside their homes, indicating that the East Area Rapist was staking out houses before going in to attack them. He typically chose houses that were one story single family dwellings. He carried a gun with him when he perpetrated his crimes, and often wore a ski mask or a kerchief tied around his face.

In February 1977, a young man noticed a prowler and gave chase. He was shot in the stomach, but survived.

In April 1977, he attacked his first couple. After this, he went after many more couples, interspersed with individual women. He never attacked just a man, as rape was part of his MO. He would wake them up and force the woman to tie up the man with shoelaces while held at gunpoint. He would then tie the woman up and assault her. For her ligatures, he typically used twine.

The attacks continued this way for a time, with no murders being committed. But in May 1977 he threatened to kill his next two victims. He didn't kill anyone, however, until February 1978, almost a year later, when he killed a couple who were out walking their dog. It appeared there was a confrontation and the couple had fled, but the attacker shot them.

He went back to his attacks, no further murders, but he disappeared from the area after an incident where a couple managed to escape in October 1979. When the woman screamed, he fled. At this time, he had committed at least fifty assaults in the area.

1979-1986
Original Night Stalker
An attacker showed up in Santa Barbara, his first crime the murder of a couple in their home on December 30, 1979. He brought a white German shepherd with him, which would be reported at later crimes, as well. He stole a bike from one of the neighboring buildings. The East Area Rapist was reported to have gotten around on a bicycle, as well.

Several more attacks occurred between 1980 and 1986, most involving the couple tied up, the woman raped, and both murdered. He often bludgeoned them, though, rather than using his gun. Perhaps this was to avoid the sound created by the gun going off, or maybe he just liked the act of beating them to death more than shooting them. In one of the first bludgeoning deaths, a log from the fireplace was used. In another, he'd gotten a tool from a shed out back. After this, the bindings and weapons were removed, possibly because he was using the same twine at each crime scene and it was being used to tie his crimes together.

His last crime was committed in May 1986 when a woman whose family was on vacation was raped and bludgeoned to death. The Original Night Stalker's murder rate was at least ten, according to the crimes definitively tied to him.

So what happened to him? Was he arrested. This seems unlikely, because legislation was passed (at least partially due to this case) that allowed for the collection of DNA for anyone committing a felony in California. No inmates have had matching DNA.

Did he move to another state? His information was sent out country-wide, due to how extreme they were. He'd stuck by a type through several moves, riding a bicycle to the scenes of the crime, taking along a white German shepherd, wearing a ski mask, carrying a gun, and using the same type of twine. While it's possible he could have changed everything, is it probable? Or might the process have been as important as the act?

Did he move out of country? It's entirely possible.

Was he killed? This is another strong possibility. Perhaps he died during his next robbery and wasn't connected to the other crimes, though this seems unlikely. But what about a car accident or some other unrelated type of death? His DNA wouldn't have been tested and compared to the Original Night Stalker's unless there was some valid reason to do so, so his death could have gone unnoticed.

Did he commit suicide? This has been suggested as only a vague possibility, as he didn't seem the type to do so, as far as profilers were concerned.

Due to the 2011 DNA results tying him to some of the murders noted above, the case has been reopened and is active, though they are referring to him as the Diamond Knot Killer, due to the knots he used to restrain his victims. There's actually a website dedicated to it, clearly going over the various crimes committed in the hopes that someone, somewhere, will have information for the police. They feel he'd be in his 40's to 60's, or thereabouts, and they offer not only physical descriptions, but also a voice recording from a message left to

People like this don't just stop, though. They don't escalate like this and just suddenly lose the inclination to commit these types of crimes. Something must have happened to force him to stop, whether it was incarceration, a move that took him out of the area that had his DNA and knowledge of his crimes, or death. Like Jack the Ripper, we'll probably never know, but it's interesting to speculate. Several men have been accused over the years of having been the Original Night Stalker, but each has been proven to be innocent, either by DNA or by having been out of the area for some of the crimes.

What do you think? What was it that stopped the Original Night Stalker? What type of job might have allowed him to move so easily from area to area, or forced him to move (it's been speculated that he had police or military training)? Or do you think he just got bored and stopped?