U is for the Disappearance of the USS Cyclops & Underwater [M]WW, Plus Links

For [Mostly] Wordless Wednesday, how about a quick glance underwater? 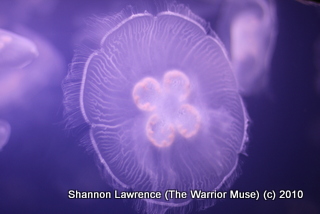 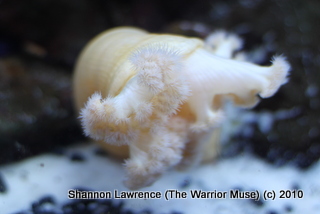 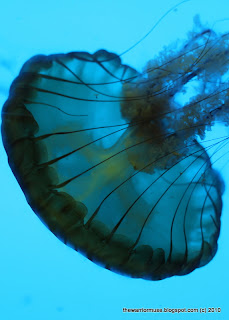 Now, U is for USS Cyclops, or rather, the disappearance of it. How could I address history's mysteries without bringing up the Bermuda Triangle?

In March of 1918, a Proteus-class collier, the largest in the U.S. Navy, disappeared without a trace. The USS Cyclops was carrying over 10,000 tons of manganese ore, having completed an exchange of goods in Rio de Janeiro.

No distress signal was ever sent out, no wreckage was found, despite the fact that ships from all over combed the ocean. She was overstuffed for what she was supposed to be carrying, so this could have contributed to the demise of the USS Cyclops. Not only did she carry tons of ore, but there were 309 people on board. This was considered the Navy's largest loss of life without conflict/war being involved.

The ship was in the middle of the area known as the Bermuda Triangle, an area said to suffer issues with navigational equipment going crazy.

It has been stated that one of her engines was having problems, so there could have been engine failure as a factor.

Theories state that a massive rogue wave may have come along and caused her to capsize. The wreckage may have been carried off by the gulf stream, causing the searchers to miss it. There is also a theory concerning methane pockets under the water. If a methane bubble bursts, it is thought that it can change the density of the water, causing anything floating on the surface to sink rapidly, and with no warning. Once again, the wreckage could have been caught up in the gulf stream. The USGS says these pockets don't exist in the general area the ship disappeared in, and haven't for thousands of years, but perhaps they're wrong.

It has been claimed that Captain Worley, who commanded the ship, was a German who had changed his name. Perhaps he stole the ship for the goods, or he sunk it intentionally, picked up by a German boat. It was said that he picked up some additional crew in Rio, including a friend of his, one consul-general Gottschalk. Did they work together to steal the ship or sink it? Either that, or a German boat sunk the ship, and it had nothing to do with Worley. The issues with both of these are that it wasn't war time quite yet, and that they weren't in an area known to have a heavy German presence. Also, the Germans have found no record of attacking a ship in the area, nor was it documented that they obtained a U.S. ship resembling this one.

Worley was not a well-liked man. He abused his crew and acted insane at times. Could be there was a mutiny, but then what happened?

Then there are the aliens and the sea serpents. We can't forget about them!

What do you think happened to the USS Cyclops? Does anyone else have absolutely no desire to sail anywhere there might be methane pockets (because that thought freaks me right out)? Was it a pre-war move by the Germans or an act of nature? Or was it, simply, the Bermuda Triangle?

Press 53 is seeking prose pieces of between 1000 and 7000 words for their anthology, Surreal South '13. Pays in copies and discount on more copies. Deadline May 1. Either the author or the work of fiction must have something to do with the south.

Over My Dead Body! is a mystery magazine open for submissions. 750-4000 words. Paying market.

The Pikes Peak Branch of the NLAPW flash fiction contest is coming to a close May 1. Theme: Hidden Amongst These Worlds. $10 entry fee, $100 first prize.

C.M. Brown is holding a Blogger Buddy Appreciation Competition. Vote for your favorite blogger buddy who's always there for you, and they could win an Amazon GC.