G is for Green Children of Woolpit Village

G is for grasping at straws! I promised I'd keep up my normal posts along with the A-to-Z ones, but I was so intent on my research that my mind went blank when I thought about what to write today. You know what else G is for? Gearing up for insanity! Let's see, this month I have the A-to-Z (of course!), Pikes Peak Writers Conference, which I am staff at (pitch desk, moderator, ballroom, so on and so forth), as well as an attendee, and I have an advance job that takes a bit of time and coordination with lots of different people. Plus, I'm still the managing editor at the PPW blog, which I was lucky to be able to pre-schedule most of the month's posts for. AND I'm still director of non-conference events for PPW, which means I'm trying to schedule out workshops/speakers for May forward. AND I'm the flash fiction chair for a flash fiction contest for a different writer's group (Pen Women), which happens to have a deadline of May 1. Not to mention (but I am), two events I'm attending and working at, one of those (Mountain of Authors) I'm attending as a representative for BOTH my writer's groups! ACK! Plus, this is the last full month of school for my kids, and my daughter has her first field trip the day before the conference starts, and I'm trying to be sure I attend as a chaperone so I can be part of it with her.

Did I also mention that there's a book release this month (the 15th) for my first publication (a flash piece in an anthology, Sunday Snaps on the right) and I've signed up for a fitness challenge with some friends? When exactly is it I figure I have time to workout? WHEN, I ASK YOU!?

So...what all have you got going on this month? Do share! Shame me for starting to feel overwhelmed, will ya'?? I need a kick in the pants. Or maybe I don't. Maybe I just need a good night's sleep and a milk shake. Eh? 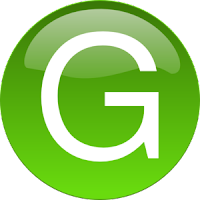 is for Green Children of Woolpit Village


It is said that in the twelfth century, a small town by the name of Woolpit, Suffolk, England, became the home of two quite strange little children. You see, they were found in a wolf pit, so named because they were said to be holes dug in the ground to trap wolves. But the strangest thing of all was that they were green and spoke an unknown language. Other than that, they looked like any other child might.

They were taken into a local home of one Sir Richard de Calne, where they would initially only eat beans. However, after some time they began eating regular food and their skin changed to a normal "flesh-toned" color. They were baptized and treated as one of the family.

Sadly, the little boy died, having never been brought back to complete health. The sister, Agnes, went on to learn English, take gainful employment, and eventually marry. They do say she had loose morals, was wanton and impudent, during her time as a maid, though none explain how this is so.

Once she learned to speak English, she claimed she and her brother had come from the Land of St. Martin. It's noted that there was a nearby town called Fornham St. Martin. However, she made her home sound like a foreign, if not mystical place. She said there was no sun, that it was always dark, and that everyone who lived there was green. She and her brother had become lost while tending livestock, and had followed a loud sound into a cave, where they ultimately came out here, in Woolpit.

This tale is often thought to be true, and some have tried to trace down a line leading to Agnes, with no luck. Were these children real? Some say they came from space, most say they came from underground somewhere, another world or dimension beneath the Earth. Others say they were young and assigned strange details to their nearby village, and that their skin was green due to malnourishment or arsenic poisoning, which would also explain the boy dying.

What is your take? Did these children in fact exist? Were they from a strange dimension/world, or were they simply lost from a nearby village, possibly abandoned, neglected or abused?