I was interviewed on the Rocky Mountain Fiction Writers' podcast, and it can be listened to (click on the title) or watched! The interviewer is Mark Stevens, a mystery writer himself.

My WEP post is below. But first, Jemima Pett visits to tell us 10 Things You Didn't Know About Zanzibar's Rings:

Image for Saturn taken by Cassini-Huyghens and used for the cover of Zanzibar’s Rings: https://photojournal.jpl.nasa.gov/catalog/PIA08388

1.     Zanzibar’s Rings is the third book of the Viridian System series. Dolores and Maggie now have their own businesses; Pete is occupied with his family, now settled in the southern part of their world, Sunset Strip, and Lars is, well, Lars is wondering what role he has now.

2.     Pete and Lars got rich by mining asteroids for a rare element called orichalcum. So rich they don’t plan on doing it, ever again.

3.     The Viridian System is the richest source of orichalcum in the galaxy. The asteroid belt is considered to be the property of the two planets in the third orbital ring, Pleasant Valley and Sunset Strip.

4.     Orichalcum is essential for instantaneous communication systems. Other faster-than-light communications systems allowed for inter-stellar navigation before the discovery of orichalcum, but this metal with its strange properties was a game changer.

5.     Asteroid miners still use archaic radio (speed of light) to communicate with other spacers within the same planetary system.

6.     The Viridian System is so named because its sun, Viridium, emits a green-tinged light. It has long been held by Earth scientists that stars cannot emit green light, because of the way we see colour. In my science, it is green because of the presence of orichalcum, which produces the green effect throughout the system. In real science, astronomers have recently found something that is pretty much green, a star called Zubeneschamali.

7.     Zanzibar is a planet in the Viridian System, in the orbit beyond the asteroid belt. It is a gas giant with distinctive rings.

8.     Zanzibar is modelled on the planet Saturn, of course. Much of what we know about Saturn was produced by the Cassini-Huyghens mission. Cassini orbited Saturn for 13 years, and took a total of 453,048 images. You can browse them on the Cassini mission pages.

9.     Saturn is light enough to float on water, if you could find an ocean big enough.

10.  I asserted somewhere that ringed planets are now thought to be common. I didn’t find the exact reference, but they are more common than water worlds like Earth (and Sunset Strip). Astronomers currently think that exoplanets classed as ‘puffy’ may in fact be ringed planets, much like Saturn—and with similar densities. A Galactic crisis: the entire comms system destroyed. No waypoints, no navigation aids, no database access… and how will spaceships in flight get home—or to any destination?

Dolores is stuck in warp with a very dangerous passenger, Pete gets his shuttle back home on manual. But how come anything in close contact with pure orichalcum fixes itself? Just flying through Zanzibar’s Rings solves the problem—as the Federation’s fighters find, as they descend on the Viridian System to take possession of the planets.

Zanzibar’s Rings brings the Viridian System series to a conclusion with a bang—and a lot of whimpering. And possibly a view of things to come. 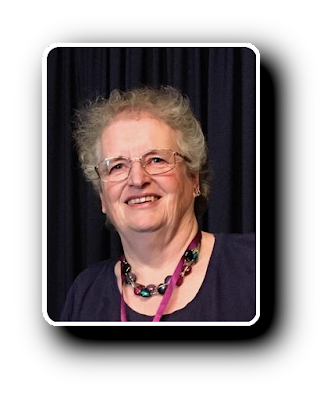 Jemima Pett has been writing stories since she was eight, but went down the science path at school, and into a business career before retraining into environmental policy research. She wrote many manuals, papers and research documents before returning to fiction, publishing the Princelings of the East in 2011. That led to ten books in the series of the same name, written for older children. She started the Viridian System series in 2014.

She has degrees or diplomas in maths, earth sciences and environmental technology and studied with the Unthank School of Writing while she lived in Norfolk. She now lives in Hampshire, where she enjoys rewilding her garden, raising organically grown vegetables, and birdwatching.

She would most like everyone to use their natural resources sustainably, since we only have the one planet to support us. 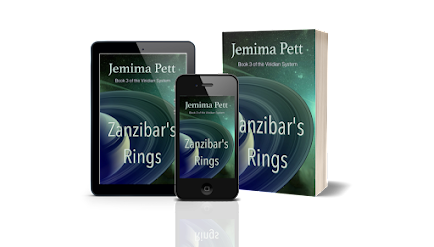 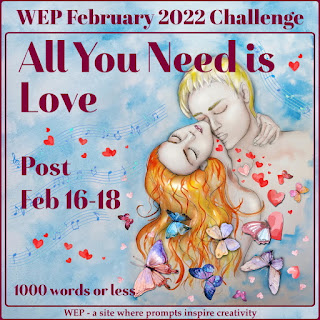 Twice in a row? Gasp! Check out the WEP blog for other entries.
All the Time in the World
Tagline: Sometimes love requires creative measures.
Beseeching, she drops to her knees, hands clasped so that her knuckles whiten.
He scoffs then steps around her and, without looking back, exits through the front door. A slam would have showed he had some emotion about the situation, but he closes it softly.
She expects it to feel different, but somehow that quiet click has left her feeling unsatisfied. She waits for the tears to come. Waits for the big emotions to wash over her. Waits for the grief.
Instead, that click flips a switch. A gentle sort of anger seeps through her veins, flushing up through her cheeks. Her eyes even feel hot. Then it becomes a throbbing rush. Blood roars in her ears, and she tastes blood.
No one walks out on Samantha.
She throws herself into changing things around the apartment. All that energy and rage needs to be funneled and directed. Walls come down. Walls get framed and built. Remote controlled metal shades go in. Samantha shops for brand new furnishings, including a comfy bed and two easy chairs. Bamboo sheets that are soft and cool get fitted onto the mattress. A second bathroom goes in. Security cameras go up. After all, she's a woman living alone now. Safety matters.
He doesn't call. Within a week, his mail stops arriving. Bill carriers contact her to confirm the removal of his name. The effect on her emotions is a blade to the gut every time.
Samantha meditates. She does her breathing exercises and ponders gratitude for what she has. She stretches and does yoga and goes for runs and hits the exercise bike and desperately seeks some new way to work it all out of her system.
The next step is to move his remaining belongings into the renovated guest room and let him know. She discovers that, despite her best efforts, his smell wafting up from the clothing tightens her belly. She strokes his silk ties and gently folds his sweaters. Images of him in her favorite light blue cable knit flit through her mind.
With an irritated grunt, she pushes it all back down into the emptiness inside her, sealing it up as best she can.
Finally, she texts him: All your stuff is in the guest room. I'll be gone between 2 and 4 tomorrow so you can come get it.
He replies: Got it.
With a small smile, she eats her lukewarm microwave meal and drinks a glass of wine. It will all be over soon.
#
The next day, she puts on a silk kimono that looks stunning with her eyes and brushes her hair until it shines. She takes painstaking care to apply her makeup. When she hears his key in the lock, she hides in the master bedroom and pulls out her phone to watch him on the security cameras.
He comes in carrying some boxes. These he sets against the entryway table long enough to dump his keys into the bowl and take off his coat. He looks like he's just coming home from work, following his usual routines. It makes her heart ache, but she steels it again, locking it back in its cage.
He's wearing a button-down shirt that hangs from his broad shoulders just right. His jeans hug him in all the right places. Just as he usually does, he slips off his loafers and nudges them under the table to keep the walkway clear. Then he grabs the boxes again and heads into what used to be the "guest room," which was actually an office with a futon previously, in case someone came to visit. No one ever did. They'd been enough for each other.
He pauses in the entryway, taking in the changes she's made. She's known him long enough to read the puzzlement in the stiff set of his frame.
He recovers quickly and steps inside, setting the boxes against the bed.
Samantha tiptoes from her room and crosses the living room. In the doorway, she arranges herself in that special way that drapes the soft fabric across her breasts and clings to her curves. He always complimented her on how she looked in it.
He turns around at the rustling behind him and his shoulders droop. "You're not supposed to be here."
"Plans change," she says. "You taught me that." With a wicked smile, she steps backward, out of the doorway, and pushes "3*" on her phone screen. The door slams shut, as do the metal shades.
He pounds uselessly on the door.
Samantha sends him a text and watches the camera until he gives up his pounding and checks his phone.
Anger thunders across his face and he flips off the camera over the door.
She sends another text: All you need is love.
He'll come around. They've got all the time in the world.
The End.
806 words. NCCO.
What do you think of the cover for Zanzibar's Rings? Have you purchased your copy? Are you participating in the WEP challenge?
May you find your Muse.
Posted by Shannon Lawrence at 2/16/2022 12:33:00 AM