I'm a few hours late getting this up, but sometimes you have to decide between visiting with a friend from out of state or getting a blog post up!

For my "field trip" with my kiddos this week, we visited the Manitou Cliff Dwellings.  These are ruins of Anasazi cliff dwellings that were moved up from Cortez, in the Four Corners region, near Mesa Verde.  So, while these cliff dwellings did not originally exist up here, they are true ruins, reassembled up here, a pet project of Edgar Lee Hewett and Virginia McClurg from 1904 to 1907.

They were pretty cool!  It's astounding how small a living area each family got.  A three-story structure (one room/floor per family) created a room that had me stooped over.  They appear to have lived communally, with a common refuse, animal and food prep area, as well as shared storage towers and bins.  Puts modern day living quarters and demands to shame. 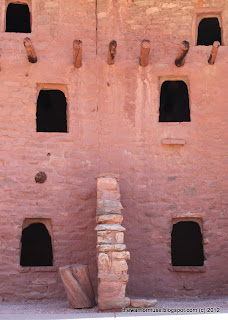 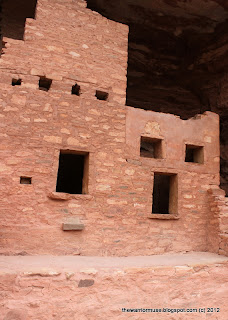 This was some important man's building.  I have no idea whose, because I didn't get a chance to read that plaque! 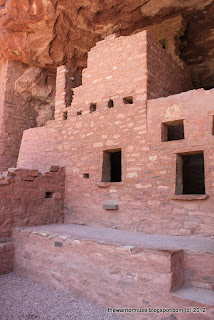 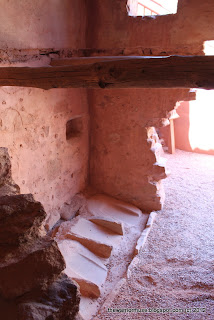 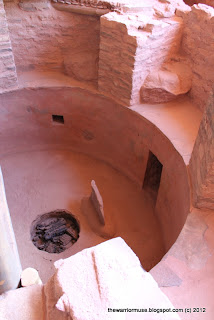 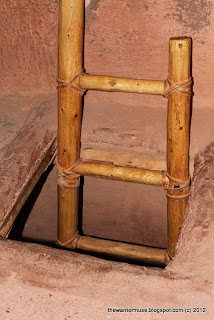 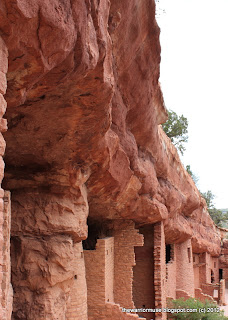 A long view from the top. 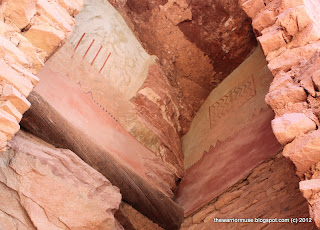 Petroglyphs.  It's conjectured that these talk about the drought that ultimately drove the Anasazi out of their dwelling to intermingle with the Pueblo. 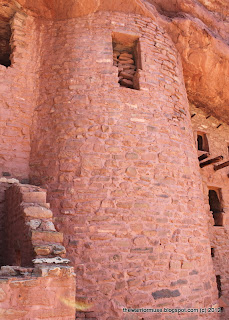 Grain storage tower with the hole blocked up to keep critters out.

Cool fact: They had stones that were perfectly cut to plug up the window and door holes when it was cold.

Now for some helpful links:

Pants on Fire Press is accepting unsolicited submissions on children's fiction and non-fiction.  See their website for requirements.

You Know You're a Writer When... from Author Infusion.  Any of these ring true for you?

Daisy, of Fresh as a Daisy, is having a giveaway of Colors Like Memories that ends tomorrow.

Fellow blogger Sketcher Girl has opened her own online business.  She does artwork and book covers.  You can view some of her fabulous book covers on her website; I think you may recognize one, at least.  She will read your [undesigned] cover to [undesigned] cover before designing your book cover, in order to insure she has it right.  AND she doesn't use stock photos, which is HUGE!  Everything is original.

Any links to share?  Ever been to any cave dwellings?  How would you like to live in that setting?