Before I pass along some great information for you from the Write Brain presented by J.T. Evans concerning computer security for writers, I want to warn you that there is a chance I may miss some posts and/or get further behind on visits this week, as I am currently one street away from the evacuation area of the Waldo Canyon Fire in Colorado Springs.  Those wildfire pics I passed on to you recently?  Yeah, nothing compared to the view when a fire is threatening your home.  Luckily, we have a ridge between us and where the fire currently is.  It has crested a ridge behind that one, but they were heavily laying down slurry at the fire line there in an attempt to keep the fire from getting into the neighborhood across from ours (the one currently evacuated).

We're packed up in case we need to evacuate, and we've explained to the kids the best we can, but the chances of our neighborhood having to evacuate are minor.  In the meantime, we're locked up in the house with the air conditioning pumping, because it's the only way to filter the intense smoke.  Below, you'll find a photo from my front porch of the plume on the first day of the fire, one hour after it started (more to come Wednesday, if I'm able): 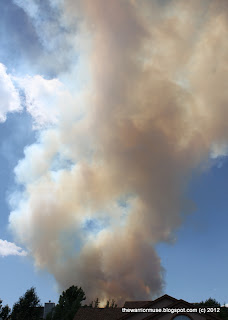 You all know my favorite place is Garden of the Gods, right?  Well, that is being threatened right now, as well.  I'm figuring the rock formations will be fine, but it won't be the same if everything around them is burned to a crisp.  The Cliff Dwellings I posted about before are also being threatened, as well as many historic buildings and one of our reservoirs.  Being an area constantly in drought, having one of our reservoirs contaminated will be a massive blow, especially considering how much water we're using to fight the fire (as well as a nearby one that sprung up during this one).

In short, please keep those evacuated, those in the path, our firefighters and the wildlife in your thoughts and prayers.  It's intense out here right now, but they are diverting resources from some of our other fires (those threatening land more than people/population centers) and from around the country, and we've got military resources helping. 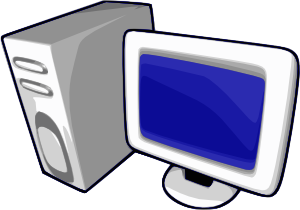 Now, for Practical Computer Security for Writers, a Write Brain Workshop presented by J.T. Evans, Fantasy author, president of Colorado Springs Fiction Writers Group, and computer geek extraordinaire.  He is a certified ethical hacker, passing along information to protect others from not-so-ethical hackers.  You can find him at http://jtevans.net, and you can find the notes from this workshop at this link, as I am only giving you a limited portion here.

Why is it important for writers to be aware of their computer security?  Take that 50,000 words you've just completed.  Now, what happens when some jerk creates a virus of some sort and someone passes that sucker off to you?

All that work is gone.

Did everyone get a little sick to their stomachs at that?  You should have!  Anyone who's lost bits of their writing, for ANY reason, knows how badly that hurts.

Basic ways you can protect yourself include:

1. Keeping your software updated.  Check frequently for patches and upgrades.  These often address issues that have been discovered since the last patch or installation, and keeping these updated can protect you.  Microsoft has updates available the second Tuesday of each month (with some in between, when necessary).  You should update Apple OSX, Linux, and third party software (Adobe, Office, Java, etc.) on a weekly basis.  Pick a day each week to do this and just expect you will spend a certain amount of time on it.

2. Securing your computer.  Have an anti-virus*, personal firewall and spyware protection on your computer (and keep these updated--daily!)  For anti-virus, he recommended Symantec, McAfee or Kaspersky.

3. Backing your files up regularly.  He says to do a full backup monthly, and incremental backups weekly.  There are many options for how to backup your goodies, including cloud-based (DropBox, etc.), network-based, host-based, and software.  Host-based solutions are things like an external hard drive or a CD/DVD or USB.**  J.T. was uncomfortable with cloud-based solutions, asking "what are they doing with your files?"  Who has ownership?  As for software that can be used for backing up, Genie Timeline exists for Windows, while Time Machine is built-in on your Mac.  Time Machine will automatically do regular backups, as well as hourly snapshots, onto a USB plugged into the system.

4. Having hard-to-hack passwords. They should be a minimum of 8 characters long, but not too long to remember; use upper- and lower-case letters; use numbers***; using a phrase is a good idea, but take out the first word, then use the first letter of each word thereafter (ex: May the Force be with you...TFBWY32).


*Install only one anti-virus program at a time.  Multiple A-V programs will duke it out, as they don't play well together.

**An important pointer: As soon as you put information on a CD/DVD, it begins to degrade.  You should replace a disk every 6 months if you don't want to lose your data.  On the other hand, a USB is fairly indestructible, and will not degrade over time.  However, if you repeatedly use a USB, putting data on, taking it off, putting more on, it will become damaged.  Put the information on and stick it in a fire-proof safe, you'll be good to go.

***When using numbers, do NOT put a similar-looking number in for a letter.  That is one of the first things a hacker will try.  For instance, do not turn an E into a 3 or an O into a 0. 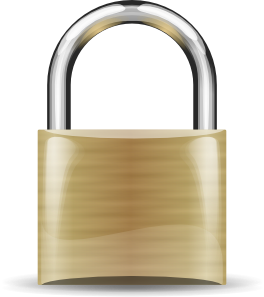 1. Word Vault is a program you can use to store your usernames and passwords for different websites.

2. LinkedIn had an incident recently, where people's information (such as passwords) was leaked.  To see if you're on the list, go to LeakedIn.com.

4. Do not give information when prompted for it, such as bank account information.  If you get an email, supposedly from your bank, contact your bank directly instead of replying with private information.

5. If you're using the free wi-fi at a coffee shop, you're exposing your computer to anyone within a certain area.  If you do this, try to only do so in a place that presents you with a password and use SSL, which shows up in your url as https instead of just http.

6. Do not have the same password for everything you need a password for.  If one site gets hacked, they now have your username and password to try on other sites you may visit.

I hope you've found this information useful, and I apologize if I'm scattered or mixed anything up, but it's been that kind of weekend!  There is much more information on the handouts at his website, as well as additional resources.  Much of the information on his handouts is useful if you happen to be writing a story involving hacking or computer security (or just computers, overall), including basic terminology and the difference between Internet, internet and intranet.  A great resource, guys!

****Padlock and Computer images by OCAL, of clker.com.

Is your computer properly protected?  Ever lost a chunk of writing?  Haven't we all?  Learn anything new?