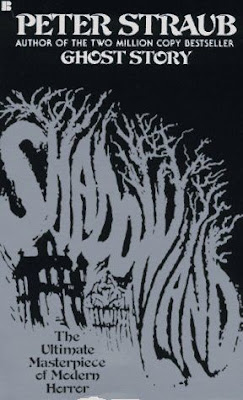 I had trouble getting into this one, possibly because it was very removed from my own personal experiences. It's a coming of age story that begins in a boys' prep school with a bunch of privileged kids. There are some odd occurrences, but it's all minor at this point. There's a terrible bully named Skeleton, who becomes increasingly psychotic and dangerous. Even his own father has no idea what to do about him.

And that's all I really have to say about the first 2/3 of the book.

It got interesting shortly after a fire in the school. Two of the boys, Tom and Del, leave town to go to Del's uncle's home to learn about magic. The uncle is obviously damaged. Del is afraid of him, but wants to be like him. Things get strange, with a mysterious young woman and a troupe of freaky men added to the mix. The uncle isn't just performing illusions -- he possesses real magic. He's twisted, and in need of an apprentice to hand it all over to, but his way of testing this is to torment the two boys. It soon becomes apparent that he sees more than he should, and that he has controlled things leading up to the boys' arrival.

Peter Straub wraps in a magical fantasy with the horrors of a disturbed set of adults. Things get confusing, because the characters are confused, embroiled in one man's insanity. The pacing is slow in the beginning, and a surprising amount of time is dedicated to the mundane. There were also details that got overlooked or left behind. The boys are there to learn magic, but all we see is some showing off on the uncle's part, with no learning occurring. Yet, one of the boys must stand up to him later in the story to overcome him, and just magically knows...magic.

Not my favorite, but Straub's writing power can't be debated. Maybe this would be more appealing to a male, or maybe it fell flat for other reasons.

The next book I'll be reading is Flowers in the Attic, by V.C. Andrews.

Have you read this book? What did you think? Do you enjoy Peter Straub's writing? What's your favorite coming of age story?