Happy Friday, the 13th! Will anyone else be binge-ing on horror today? Or is that just me? 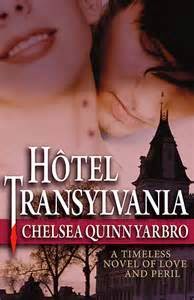 I was supposed to post this review two weeks ago, but ran into a problem. That problem was that I couldn't get into this book. I kept putting it down and reading other books instead of finishing this one. Admittedly, I was biased against the time period. I tend to be bored by the frou-frou time period represented in this book. It's set among the aristocratic class in the time of Louis the XIV, Paris. For me, anything in this time period makes me snore. I don't care to watch a bunch of rich people with no responsibilities frolicking in silk clothing, gorging themselves on fine foods, and accomplishing absolutely nothing.

When the story opens, we're immediately looking at "court intrigue" (for lack of a better way to describe it with my limited experience with the time period.) The lavish costumes and settings are lovingly described by the author, who has obviously done her homework and has a fondness for the time period. As I don't like the time period, I just didn't care. I didn't know what half the items of clothing even were. I didn't understand why people's homes were called hotels. I'm just plain not familiar with this stuff.

The story is about Le Comte de Saint-Germain. When I reached the end and discovered this guy had really existed, I was suddenly more interested in him. In real life, Saint-Germain was a respected man, and one full of mystery. He told tales of experiences in times well before he should have been alive and never seemed to age. Long after his alleged death, people reporting seeing him and receiving letters from him. Fascinating. Would I have been more interested if this information had been in a foreword? I don't know, but I imagine it would have been a detriment to have it there. ~shrugs~

Unfortunately, this is the most interesting part, and it's in an afterword. The premise is interesting, in that Yarbro has theorized that he was a vampire, pulling details and vampire "rules" somewhat from Bram Stoker's classic version of Dracula. Saint-Germain is a vampire passing as human among the aristocracy. He quietly works to foil a cult that is all about finding a virgin to desecrate and earn their place with Satan. The cult is dastardly, specifically their leader, Saint Sebastian, who is agonizingly horrid and treacherous.

The two main characters are strong and interesting. It's a romance, with Saint-Germain lusting after a blood exchange with the young woman being targeted by the cult. She's strong, especially for the time, where it is pounded into the reader that women are supposed to be subservient to their husbands, no matter how awful they are, and that they should be doormats. Madeleine isn't, though, despite her aunt and a cousin, an abbe, trying to force her into that square hole. She loves to learn, to ride horses, to carry on real conversations of actual content. She yearns to be something more, to transcend the life she's currently leading.

Saint-Germain is intelligent, conniving, and an excellent sword fighter. He can also turn into a wolf. However, he moves so slowly in this book that he is ineffective in helping anyone until the end. He knows full well about this cult, and we see him putting minor plans into place, yet he does nothing until about 65% into the book (I read it on e-book). Instead, we are subjected to the drudgery of court gatherings and parties, descriptions of food, tiresome conversations full of double speak and "proper" talk. If I'd had to hear what Saint-Germain was wearing yet again, I would have screamed.

The pace picked up at the 65% mark. Once I hit that point, I actually looked forward to reading it, and finished it quickly from there. I wish the entire book had been like that. Maybe the books that follow are like that.

Again, I'm biased against the time period. I knew on the first page that I wasn't going to be sucked into the book. A lot of people really enjoy this time period, and I think those folks would like this book. It was the first of a series that looks to have been quite successful. Yarbro has won multiple awards and honors for her books. It had similar pacing to well liked movies with the same sort of setting. It simply wasn't for me.

I can't personally recommend this book as great horror. Then again, I don't know that Yarbro even classified it as such. It wasn't even clear he was a vampire until most of the way through the book. There are no classic vampire traits shown to us until later, and even then they're so rare that it wasn't worth it. This wasn't a vampire story. Saint-Germain didn't really struggle with this aspect of himself. Instead, he had it almost perfectly handled. He could walk in daylight, travel over water, so on and so forth. The only thing that could kill him was fire. He wasn't tempted to eat people. He was just a regular guy.

Of course, she didn't put herself on the list of best horror--someone else did. Like I said, I'm not sure how she defined the genre. It simply wasn't horror. Even the cult wasn't enough for it to feel like horror. They were freaky, yes, but they were so villainous as to be hard to believe. The leader rules his cult with an iron hand, but we see no glimpse of humanity in him. He isn't a vampire either. So what's his deal? No idea. His cultists are pathetic cultured idiots who follow him blindly, enjoying torturing people as if it's idle play, something they're entitled to in their fabulousness. They weren't even evil. They were bland and obnoxious. Petty. So many of the characters in this were petty, whether they were good guys or bad guys. Then again, that's why I hate the time period.

Also, there's some weird sub-plot involving Saint-Germain securing alchemists to create diamonds. I have no idea why he wanted this, as it doesn't come to fruition. Why it was even in the story is a mystery to me. In fact, I forgot it until just now. I just...???

If you like the time period, I would recommend you check out the other reviews on Amazon and use the "Look Inside" feature to see if her writing appeals to you. Maybe it's just me. I seriously hate giving bad reviews, and I hate doubly that so many of the books by female authors on this list have disappointed me.

Current ranking of the books I've reviewed for the Horror List Book Review:

The next book I review will be The Bottoms, by Joe R. Lansdale. This will be the first of these I've reviewed by someone I've met (at the Pikes Peak Writers Conference.) I hope I like it. Gack!

I have exciting news to share on Monday, so I hope to see you then!