First, I wanted to shout out C. Lee McKenzie's newest release from Evernight Teen: Shattered. Having read about her research for this book and important issues that were addressed, I'm intrigued and can't wait to read it! 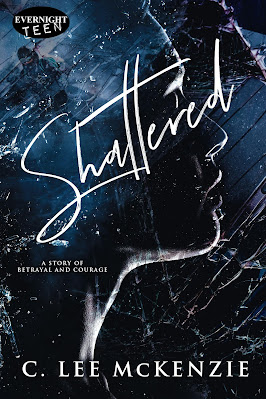 Libby Brown is a topnotch down-hill skier, who is only a day away from qualifying for the winter Olympics and her shot at the gold, but someone's out to make sure she doesn't make the team. Two questions thread throughout. Who's responsible for Libby's "accident"? And will Libby's life be shattered forever?

I wanted to update an event that I'd put out incorrect information for. The Pikes Peak Writers Write Brain "A Horror Panel to Die For" is not free. It will cost $20 to attend it online. Write Brains are usually free, so I'd mistakenly assumed this one would be, too, and had shared that information out, so that's my mistake. My fellow panelists will be Carina Bissett, Sumiko Saulson, and Clay McCleod Chapman. The event is January 18, 6:15 to 8:15 PM, online. 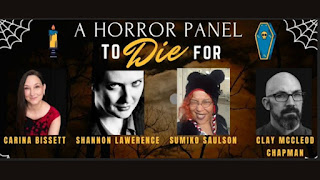 For more information and to register, you can go to the event at the Pikes Peak Writers website or the Facebook Event page for A Horror Panel to Die For. There will be a gift card to Barnes & Noble given out to an attendee, and I'm working on a giveaway of my own, as well, to be announced at the event.

I'm looking for help in getting the word out about the release of my craft book The Business of Short Stories. This will not occur until January, but my last couple releases have been rushed, and I'm trying to do things better this time! You can sign up to help by clicking here to go to my Google Forms sign-up link. Thank you! I'm so excited about this book!

I'm reading through three lists of best horror with two friends (DeAnna Knippling andM.B. Partlow), posting reviews as we go. (For more information, including a list of the books, see this post.) 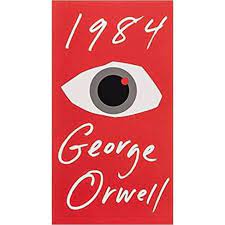 Have you ever read 1984? Did you do so as a teen, as an adult, or both? Did it hit you differently at different ages? Have you picked up your copy of Shattered yet? Did you sign up to help with my book release?