I did a workshop for Rocky Mountain Fiction Writers recently that made me look at how I thought of horror and reanalyze it in an attempt to help others understand it more. As I've delved deeper into the genre, I've expanded my own definition of it. Problem being, I see the same original, narrow view that I've left behind reflected in others' views on horror.

I frequently get comments like "I don't read/watch horror" or "I don't enjoy horror." But then there will be an exception to that. For example, "I don't enjoy horror, but I really liked Coraline/The Handmaid's Tale/Hunger Games/Stepford Wives/Planet of the Apes/Flowers in the Attic," etc. Right now, some of you are reading this and saying "Stepford Wives wasn't horror." Wasn't it? If Get Out is horror, Stepford Wives is, as well. Both look at subjugation and internal, unconscious biases in a frightening way that puts others in harm of losing themselves. 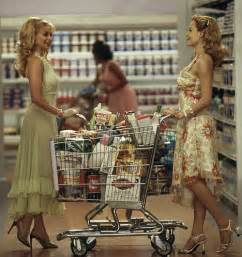 We've pigeonholed horror by defining it by one aspect, and each of us has a different aspect we define it by. Some might think horror is all slashers and gore. Some think it has to involve a monster. Sadly, even known authors of horror deny writing it, because they fear turning off readers and limiting their audience.

Interestingly, the Horror Writers Association pinpoints when this narrowing of the genre definition occurred: the 80s. And they blame it on one specific work: Stephen King's Carrie. 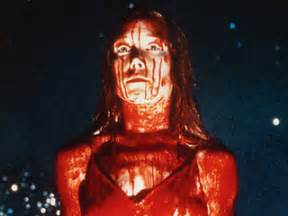 You see, horror wasn't a genre until sometime in the 80s. Even now, it's just a subgenre of fantasy, technically, but then we've split fantasy out into subgenres like dark fantasy and urban fantasy, as well, both of which can contain elements of horror.

The real trouble began when the publishing industry started trying to pinpoint the formula that made Carrie such a big hit. They then tried to duplicate that success by seeking similar stories. Suddenly, literature that met the definition of horror was pushed to the side, targeting this very specific form of horror to make sales and get movies made.

If you want to read more about this, put much better than I can, go to the HWA site.

A second problem we writers, specifically, have is that we're taught to pigeonhole our own writing to sell it. Pick a genre. You can't put "historical romantic mystery with speculative elements" in a query letter; you have to narrow that down. Where is it most likely to be put on a shelf? Well, with true horror, in the widest definition possible, it can go on many shelves.

Where would you find The Lovely Bones? Not in horror. Not even in fantasy, even though there are speculative, even supernatural, elements. It's a touching story, but it's also horrifying. There is clearly dread and horror brought out in the reader. What is NOT horrific about a little girl being raped and murdered then forced to watch from beyond the grave as her killer and family become involved in an intricate dance full of risk? 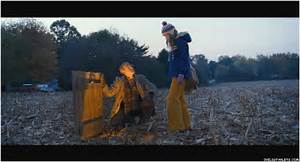 Where would you find The Hunger Games? Not under horror. It's a YA dystopian. But guess what dystopians are? A form of horror. Again, I ask you what is not horrific about children rounded up and forced to fight to the death for the entertainment of the wealthy?

Horror, in its purest form, exists to elicit darker emotions from its readers. That does not always have to be fear, though that's a strong thread, and is frequently present. It can be despair, horror, alarm, terror, disgust. It can be existential dread. It can be unfulfilled hope, brought to a crushing end. It can make you question society, your neighbor, or even your own morals. What it does not have to do is make you fear the creature under your bed (though it's completely legitimate if it does so).

What you'll often find in horror is that the things that scare you aren't the monsters, even when they exist. In The Shining, the ghosts are the least frightening part. The fright factor in The Shining has more to do with Jack's backslide into alcoholism and mental illness. It has to do with the sense of isolation and helplessness his family feels. The horror of a man coming after his wife and child with an ax is far more impactful than a lion shrubbery or a naked ghoul in a bathtub. At our base, we fear those close to us being able to harm us. Even more so, we fear our capacity for violence and wrongdoing. We fear hurting our loved ones, whether by causing physical harm or mental harm. 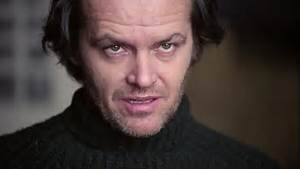 I realize I won't convince anyone with one short post. But I ask that you think about the wider implications of horror and try looking at things with a slightly different eye. Just because it was not slapped with a label of HORROR, does not mean it does not play in that particular playground. You may truly not like horror, but you may also just not like the narrow definition of horror you've been presented with. Either is legitimate.

Even I, a longtime fan of horror, didn't see it in its full scope. If you've read any of my horror list review posts, you know that I've said about many of the stories that I didn't feel they were horror. Now I know that they were, and that they existed on that list because they impacted someone emotionally in all the right ways. As a result, I'll go forward with a new set of eyes when reading the stories from Nightmare Magazine's Top 100 Horror Books.

Link time. Bear in mind that I'm not endorsing these, merely passing them along. Always do your own due diligence before submitting to a market or contest.

The Threepenny Review is accepting short fiction and poetry. Word counts vary per type of submission. Pays $400 for story/article, $200 for poetry. Deadline June 30.

Subprimal is accepting flash fiction and poetry. Up to 750 words. Pays $20. Deadline June 30.

Alban Lake is accepting horror short stories concerning the Ancient Ones for The Mad Visions of al-Hazred. 3000 to 10,000 words. Pays $25. Deadline June 30.

Chicken Soup for the Soul is accepting short pieces for My Crazy Family. Up to 1200 words. Pays $200. Deadline June 30.

Inklings Publishing is accepting short fiction, nonfiction, and poetry for Perceptions: Bullies. This is an anthology for kids. Up to 5000 words. Pays $20. Deadline June 30.

Helen: A Literary Magazine is holding their Visual Prompt Quarterly Contest. Poetry, fiction, nonfiction, or experimental. There are three images, and it can contain one or all of them. $25 prize. Deadline June 30.

How do you define horror? Have you looked at any of the mentioned stories as horror? Do you find yourself pigeonholing horror into narrow definitions? Are any of these links of interest? Anything to share?