Fundraising Thanks & An Oasis of My Own

I wanted to send out a quick thank you to everyone who purchased a copy of Bruised Souls & Other Torments during the memorial fundraiser in my dad's memory! And to everyone who helped to share the word. I'll be donating $50 each to Team Gleason and the ALSA in my dad's name!

Speaking of the fundraiser, a sweet friend purchased a copy of the paperback and asked me to send it to a front line worker. Does anyone have suggestions for a front line worker that might appreciate horror short stories? Or a way to hunt someone down for that? Thanks in advance!

My husband has created an oasis on our back porch, and we've been relaxing and unwinding back there every evening possible as the weather has warmed. This being Colorado, a portion of the state saw snow in a sudden cool down yesterday, but the temperature's already climbing back up, and we'll be back out there this evening. It's helped significantly with our mental health. When I was a teenager, I made myself a bit of an oasis in my bedroom that involved a space heater, a sleeping bag, a reading lamp, a stack of books, pillows, and my pet dobie, Jeddah. With four younger siblings, a space I could call my own was important. These days it's not so much people I'm trying to escape (well, sort of), but the stresses of life and the world, in general. I highly recommend figuring out your own little oasis that allows you to escape as thoroughly as possible.

We reopened to dine in (limited) at the restaurant where I work. We were all really stressed about it, but it's been mostly a positive experience. A lot of people are relieved to be able to get out to a restaurant, and ours is small enough that we only have three tables available inside right now with social distancing rules. Our patio has four tables. There have been stresses with people refusing to follow some of the rules and trying to coax us into breaking them, but we expected those things. The overall happiness of customers has improved the mood of anxiety and fear that has permeated a lot of essential jobs lately.

I had something I wanted to talk about today, and I've completely forgotten it. Oy.

Moving on, here's some of the media I've enjoyed over the past two weeks:


The House Without a Summer, by DeAnna Knippling 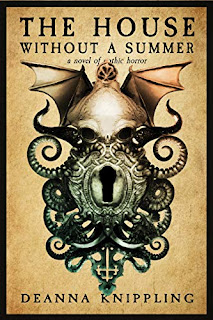 One reviewer described this as a regency gothic horror. Well written, it involves a creeping red fungus destroying the way of life of a community. Or so we see on the surface. Beneath the surface, the fungus involves a lot more than the ruining of food and water. People are not what they seem. Nor is time. Despite being released this year, the book feels like it was written long ago.

The Beautiful Struggle: A Father, Two Sons, and an Unlikely Road to Manhood, by Ta-Nehisi Coates 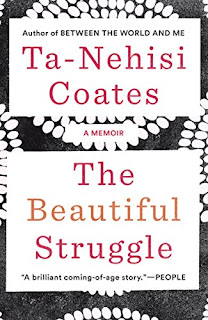 It was purely coincidental that I'd started this book just before recent events, but it was the perfect read during this time. Gorgeously written. Coates grew up about 18 miles from me, and appears to be just a couple years older than me, which drew me into the story thoroughly. There was a lot familiar to me, but also significant differences, the most obvious of which being that I grew up in the same general area as a white girl and he grew up as a black boy. While his story felt somewhat familiar to me, his father's story was fascinating: Vietnam veteran, Black Panther, small press publisher. Coates' struggle to grow up and find himself in Baltimore in the 80s (I grew up in Columbia) tells a tale of growth, struggle, and identity. 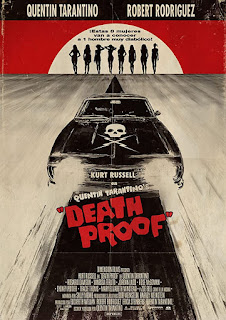 A Tarantino film that was part of a grindhouse double feature, I don't remember liking this the first time I watched it, yet I loved it this time. The ending is deeply satisfying. As for the rest of it, there are scenes of insane violence, but also a twenty minute car chase with Zoe Bell playing herself and doing her own stunts in the film (she was Uma Thurman's stunt double in the Kill Bill films). The film was physically scratched to make it look retro. An insane stunt man uses set cars (made death proof for the stunt people) to stalk and murder women. This is a horror film. A Tarantino horror film. So be warned if that isn't your type of thing. 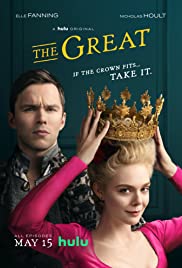 A completely irreverent and sometimes inappropriate (both sexually and via language) show, it's a humorous look at Peter III and Catherine (ultimately "the Great")'s marriage while he was emperor of Russia. As Catherine gathers people from the court in attempted coups, Peter's idiocy and selfishness makes for great comedic moments. Catherine, played by Elle Fanning, is extremely intelligent and educated, but still naive and inexperienced in the world of politics. The actors play their roles well.

What media have you been enjoying? Anything you'd recommend? Do you have an oasis of your own? How are you doing right now?