A Tribute, A Deal, & Two Charities

Tomorrow is the anniversary of my dad's death. One year ago, ALS finally took him. Right at the end of ALS Awareness Month. Adjacent to Memorial Day. The Thunderbirds rocketed over us as I arrived at the house to wait until his death could be called. Neighbors who'd come out to watch for the Thunderbirds and their annual flyover saw emergency vehicles outside our house. I imagine they knew what had happened. After all, they'd come out just a few years earlier to celebrate dad's birthday in the form of the ice bucket challenge. 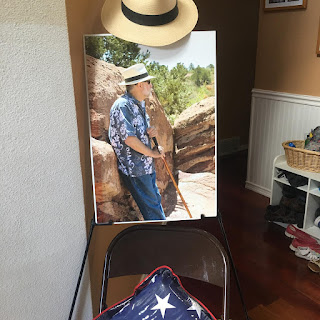 I've been down during the lock down, but as it turned to May and the trees blossomed, birds swarming back into the neighborhood (along with the miller moths), I started to dread this anniversary and how everyone in my family will handle it, especially with the isolation. I'm not sure I'll ever look at another Memorial Day without thinking about my dad. Interestingly, it was most likely his stint in the Air Force that led to ALS in the first place, meaning he's earned his rightful place among the veterans honored. It's just that the long term damage occurred on U.S. soil, likely at the bloodied hand of the U.S. government. 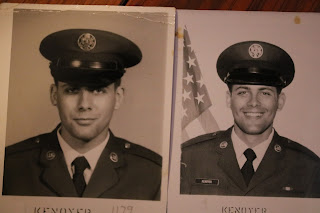 I sat down the other day and wondered what I could do to honor him in some way, and to change my thoughts from the negative to the positive. That led to the following:

I'll be doing a Kindle Countdown deal for one week with Bruised Souls & Other Torments. The e-book will be priced at $.99 from 8 AM (MT) tomorrow morning to the afternoon of May 31, when it will change to $1.99 until Wednesday, June 3, at 11 PM. It only let me do this in one region, so it's only applicable in the U.S. as far as I know. I'm not positive, though, as this is my first time doing this. 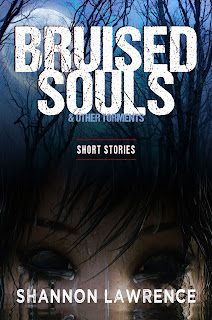 All profits from e-book and paperback sales this week will be donated to the ALS Association and Team Gleason. I will personally match those profits, so both charities will receive the full profit amount. Both organizations helped my dad during his 6 1/2 years battling ALS. Many of his friends in the ALS community are still fighting to this day, and they need all the help they can get. #nowhiteflags

All donations will be made in memory of my dad, Greg Kenoyer. If anyone is interested in donating directly to either of the charities, it would be wonderful if you did so in his name. However, I also know that times are hard right now, so hopefully none of this feels like pressure.

If no sales are made, I will still donate something to each charity in his name. 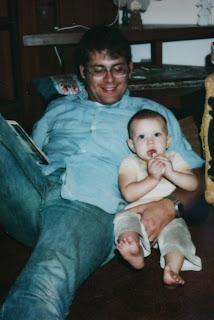 I'll also be doing a couple readings online. I'll post on my Facebook page, and if I'm able, I'll repost to here.

Also, I'm doing some research. For readings and/or author interviews, what software/online program would you most recommend? Right now, I'm most familiar with Zoom, so would likely use that, but I'm open to other ideas.

I haven't finished a book this week, but will finish it tonight or tomorrow, so should have at least one to pass along next week! All I have for today is a movie.

Once Upon a Time in...Hollywood 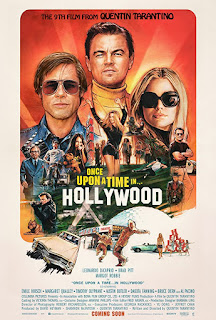 I didn't expect to like this. In fact, I'd avoided it like the plague, because I kept hearing it was boring and had no point. But once I watched it, I enjoyed it. It meanders a bit, but I kept watching, wondering what was going to happen. When they showed the year and the location, I was sucked in, because it implied a certain historical event was going to happen in the course of the film, and I wanted to see if it would actually go up to that point. There ends up being quite a twist, but the end of the movie had me laughing. It's preposterous, silly, and violent. The rest of the film? Laid back, watching two friends and their neighbor...Sharon Tate.

Bear in mind I'm merely passing these along, not endorsing them. Always do your own due diligence before submitting.

Writer Shed Press is seeking stories with the theme Love and Sacrifice. Up to 2500 words. Pays $20. (Must have Venmo to get paid). Deadline July 1.

Any of these links sound interesting? Anything to share? If you've lost a parent, what did you do to commemorate the one year anniversary, if anything? Have you seen Once Upon a Time in...Hollywood? What did you think? What recording software do you prefer for video?