As I write this, I'm waiting to hear whether my grandma has died. She's at my aunt's home on steady morphine. They didn't think she'd make it through the day, but she did. She's a strong, stubborn woman, and my last living grandparent. I woke up to the news that she was probably dying, and I'm afraid I'll be waking up tomorrow to the news that she has. So I'm not feeling incredibly creative about a post.

I was hoping to post about the Bloody Valentine event that occurred on Friday, but get this: my new laptop doesn't have a slot for an SD card. What?? So until I get an adapter, I can't post pictures! I'll post about it next week instead. But I can tell you that it was a successful event. And here's a photo of myself and my two co-hosts, taken by a guest (and friend, author M.H. Boroson) at the event. 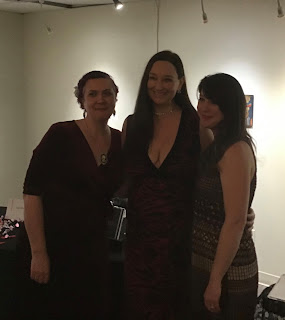 For today, how about some articles that recommend female horror authors and writers in the African diaspora, in tribute to Women in Horror Month and Black History Month?

Nightfire recommended 9 Female Horror Authors You Should Read This Women in Horror Month.

The Lineup did 13 Female Horror Writers You Should be Reading.

Scott Wood Makes Lists made a list of 28 MORE Black Picture Books That Aren't About Boycotts, Buses, or Basketball.

The Portalist posted Black Science Fiction and Fantasy Authors You Need to Read.

From last year, Essence made a list of 11 Books Written by Black Authors We Can't Wait to Read in 2019.

The book I finished this week was Shirley Jackson's We Have Always Lived in the Castle. 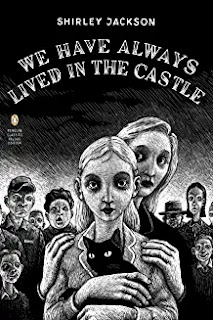 It's more of a novella, actually. I quite enjoyed it. It's told from the viewpoint of the young girl in the front (though she's 18, I think). She lives with her sister, her uncle, and her cat, and she has a free range life, cavorting through the fields. Something isn't right, though. We discover that the rest of her family was killed, with her older sister accused of the crime. The townspeople view them as murderers and mistreat them. The story, as with many of Shirley Jackson's tales, touches on small town mentality, and how isolating it can be to not be accepted by your neighbors.

For some reason, it didn't catch my attention when it first started, but I decided to give it another try. Now I'm binge watching it. If nothing else, it's a commentary on how quickly things can spiral out of control when you make a bad decision.

I've been watching The Outsider, based on the Stephen King novel, with my husband the last couple nights. 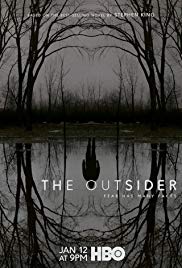 I'll give anything with Jason Bateman a go. We're both enjoying it. At the beginning, it plays out like a regular crime film, but then the supernatural elements start to show themselves. We're not done with the season yet (I'm not sure if the whole season's even done on HBO). The mood is dark, as it should be, and the storyline is compelling. Be warned that it's about child rapes and murders, though you never see them, as it's about the people accused of the murders/rapes.

In tribute to Valentine's Day, I watched the 1981 version of My Bloody Valentine for the first time. 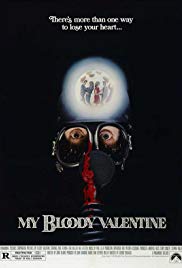 As much as I love Jensen Ackles, this version was better than the one made in the 2000s. It's a classic slasher, down to the harbinger who rails at everyone at the bar about how they're all going to die. The mine workers and their girlfriends wave him off, of course, and make their way to the fated mine, despite deaths occurring in the town. 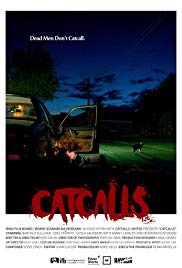 You probably haven't heard of it unless you have Shudder. It's only about 9 minutes long. But it's a good short. I didn't realize it was a short film until it ended, and then I was disappointed, because I would definitely watch a full length film with this premise.

Do you have any specific female horror authors or stories to recommend? How about black authors and books? How was your Valentine's Day? What are you watching? What are you reading? Any books, TV shows, or movies you'd like to recommend? What about new music?