You know when I posted alllllll those book recommendations for noir, magical realism, and pulp a couple weeks ago, and I said I'd post if any of the other book recommendation posts I've done before came up as a memory? Well, guess what?! One did.

A year ago, I asked for recommendations of humor books. Something to make me laugh. And I got a gazillion recommendations. Without further ado, here they are:

In looking at my memories at this time last year, I was really struggling. Depression-wise, health-wise, etc. It's no wonder I asked for recommendations of funny books/authors. I haven't made it through half the list, but of the ones I've read, I've enjoyed them. I figure maybe someone else out there can use the mood boost I was looking for last year.

Speaking of mood boosts, the books I read this week were: 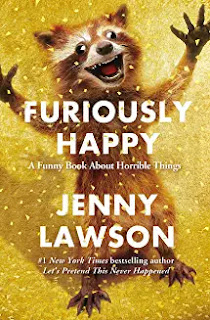 If you've never read The Bloggess, a hysterical blog, you're missing out! The creator of said blog has written a couple books consisting of essays on various subjects. She's genuine, open about her mental illnesses, insane in the best way, and funny. This was just what I needed right now.

The Devil in the White City: Murder, Magic, and Madness at the Fair That Changed the World, by Erik Larson. 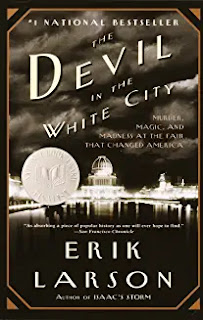 Admittedly, I thought this one was mostly about H.H. Holmes. That's how it was recommended to me. It turned out to be far more about the Chicago World's Fair and its organizers, with snippets about Holmes. Part of me was disappointed, but the writing was good and the fair was fascinating. I was surprised at all the things first introduced at the fair, such as the Ferris Wheel and spray paint.

Since I've been down, it's been a week of familiar shows and movies. I like to pull out old favorites when I'm like this, because they provide comfort. I may write more about all of that next week. For now, I don't have any show/movie recommendations.

I spent yesterday evening putting together giveaway bundles for the big Women in Horror Month event we're putting on this Friday. So exciting! Here's hoping some people actually show up.

Now for some links. Bear in mind I'm not endorsing these, merely passing them along. Always do your own due diligence when submitting your work.

Dream of Shadows is seeking fantasy and horror short stories. Up to 1500 words. Pays 20 pounds.

Filthy Loot is seeking stories for three anthologies: No (transgressive), Fucked Up Stories to Read in the Daytime (bizarro), and Teenage Grave (splatterpunk). Up to 3000 words. Pays $5. Closes once full.

Funny Times is seeking funny stories and cartoons. Stories should be 500-700 words. Pays $30-$60, depending upon submission.