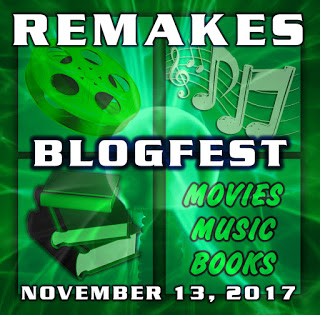 In this blogfest, we're supposed to choose a remake we liked and tell you why this was a good remake, unlike most of the schlock pouring out of Hollywood.

The remake I've chosen is The Thing. Released in 1982, The Thing is a remake of a 1951 movie called The Thing From Another World. Now a cult classic, the movie starred Kurt Russell, Wilford Brimley, and Keith David. Trapped in their Antarctic research station with something stalking them that can become anyone or anything, they must figure out who to trust. 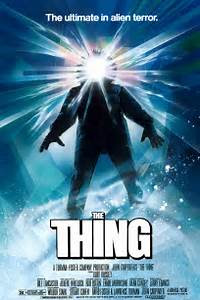 Most people don't even know this is a remake, which tells you the first one was lacking. The audience has no idea who has been taken by The Thing and who hasn't. There's great suspense and horrifying visuals. Plus, I'm always a sucker for isolation horror. The scariest part isn't the creature itself, so much as the complete lack of trust they can have in each other. This isn't just a group isolated from the outside world, but a group isolated from each other, yet trapped in a small space together.

Here's a nasty scene from the film (skip it if you don't like horror or grody visuals):

Have you seen The Thing? How about the original? Do you think it was a good film? What's your favorite remake?