I didn't intend to do a "series" on diversity, or to even address it again, but a couple interesting points/questions were brought up in the comments of my Diversity vs Exclusion post last week.

The short version of each was:

1. The diversity of the authors is less important than the diversity in the stories.
2. No one should write characters of a diverse population they aren't part of.

Obviously, these were raised by different people, as they contradict each other.

I don't have anything brilliant to say about either. This post is more because I want to know what people think about this. Which one is true? Are both or neither true?

Perhaps answering questions like those will make things clearer. Diversity more accurately mimics real life. When you go out, you probably don't just see Caucasian folks. (I guess that depends upon where you live.) And even if you think everyone near you is heterosexual, there's a good chance you're wrong. Every time you go out in public, you're surrounded by a sea of humanity made up of different colors, different personalities, different financial levels, different needs, different problems, different pains. Every single one of us is different in a variety of ways, but then we're also the same in many ways. This is how we can write characters that are different from each other--they're all similar, too, and they likely have pieces of the author in them. We bury the humanity we know in each person we create, switch it up, swirl it in. Each creation is a beautiful thing, a different way of bringing a life into the world. 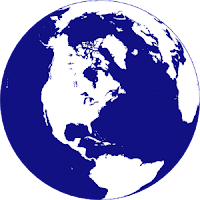 If those characters don't resemble us, can we still lose ourselves in them as completely as if they're more like us in ways we identify with? Can we be friends with those secondary characters if they don't feel familiar?

I don't feel one is more important than the other. They're both important. We need diverse authors, because we need diverse voices. We need characters. We need stories. We need them to represent all people from all walks of life. We should know other people's stories and experiences, because it broadens our worlds. How can we understand other people if we don't hear from them? The more we open ourselves up to someone else's world, the more we can come around to understanding it, and when we understand things, we tend to fear them less, to suffer less apprehension about our worlds in general. Who doesn't want that?

I think this post has become long enough, so I guess this has officially become a series. I'll address #2, writing cultures other than your own, next Monday.