It's been busy around here lately! Job interviews. Jobs taken. Jobs quit. More job interviews. In the meantime, I was interviewed on the Multiple Voices podcast. My episode will be airing May 9, so I'll update when I have links.

A magazine release I've been waiting for has finally occurred! Issue #24 of Typehouse Literary was released this past week. It includes my horror short story Coffin Birth. As my story dealt with indigenous issues, I was also asked to do a piece at the end about MMIW (Missing and Murdered Indigenous Women), which was amazing of the magazine to request. This issue is currently available free to read in PDF or for sale in print directly from the magazine. Click on the bolded link above to read it!

You can now purchase signed copies of The Business of Short Stories from the online bookstore Author, Author! They'll have one of my upcoming anthology releases, as well, and there are some fun goodies, including writing-related masks, so check them out! 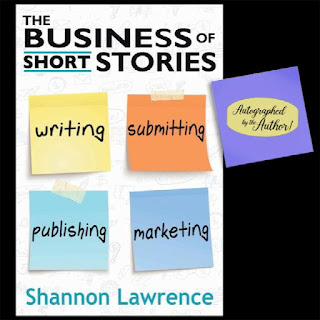 Okay, on to some media I've enjoyed in the last month or so.

Libby is on her way to the Olympics until a terrible accident occurs. Or was it an accident? This book combines the heart and drama of YA/NA and the intrigue of mystery. Great characters and solid pace.

In this memoir, we delve into the logistics of opening a new business and the risks and emotional impacts that come from it. A pleasant read, and inspirational.

While I didn't enjoy this one as much as "One by One," by the same author, it was still a good read. It felt slightly cozier than that one. Hal gets a letter that a relative has died and she's in the will. Only...she has no further family that she knows of. Family drama, family secrets, and a multitude of mysteries wrapped into one.

In the 7th book of the Timber Creek K-9 mystery series, K-9 officers Mattie Cobb and Robo (the K-9) investigate a murder and a missing infant that might be tied to several other crimes. Fast paced and twisty.

I happened across this one after a spate of disappointing indie horror films, and was pleasantly surprised. A group of people are stranded at a rest stop during a blizzard. When Darby steps outside, she discovers a young girl tied up in the back of a van. Unsure who it belongs to, she must try to figure out how to save the girl and herself. Solid cast. Great suspense. Plenty of twists.

Okay, this one felt to me to be a bit forced and to be based on a flawed premise, but it was still entertaining. As someone who's seen the Spiderman films starting with Tobey Maguire and followed by Andrew Garfield, seeing all three Spideys together was fun, as was seeing bad guys from the previous films. My trouble was the stupid decisions that led to this setup, as well as the motives of some of the baddies. This is an emotional one, so be prepared. One mid-credits scene and a trailer for an upcoming MCU film at the end.

Shudder recently uploaded a bunch of French horror, and I've been working my way through it when I can watch something with subtitles. This was a standout, though part of that is because I'd seen several of the others already. I described this on Facebook as Texas Chainsaw Massacre set in rural France with literal Nazis. In case you can't tell from the cover photo, this one's violent and gory. Some others I watched that I'd already seen, and that I'd recommend were High Tension and Martyrs. All are extreme. Irreversible is also a good film that's filmed in an interesting way, BUT it has a drawn out (real time), unflinching rape scene that I highly recommend against unless you can stomach it. The other three I've mentioned do not have rape scenes, but are still hard to deal with. This recommendation is for hardcore horror fans only. This is a genre called French Extremity.

Venom: Let There Be Carnage

I'm not sure what to say about this one. If you liked the first one, you'll like the second one. Probably? I enjoyed it, but I shut my brain off for movies like this and enjoy the craziness. There was a lot of humor in it, and the relationship between the host and the alien was more fun than in the first film.

A fresh take on cannibalism (get it?), this popped up on Hulu, as well. If you're a fan of Sebastian Stan, here's one for you. Considering it's about cannibalism, there's shockingly little gore or even blood. This one's more psychological than anything else. A woman is kidnapped and held hostage along with several other women so that the Winter Soldier can sell off parts of them to a rich secret society who enjoy the taste of human. Can she free herself while there's still any of her self to save? There are some intriguing differences in this one, setting it apart from the typical gore and violence appearing in movies taking on this topic. A solid, twisted film with a good cast.

A goofy take on the pirate life, based on a true story. The cast is fantastic, the setup ridiculous. A silly comic romp. A man leaves behind his dignified life to become a pirate captain. But he's terrible at it. With mutiny a constant threat, he tries to match up his desire to treat his pirate crew well and their need for action.

A regular American family moves into a nice, middle class neighborhood, only to discover their neighbors are all aliens. The humans set out to teach the aliens how to be better at humaning. Funny, but also with some lovely, heartfelt moments. George Takei and Mark Hamill had funny cameos on one of the recent episodes.

Another comedy sitcom. Easily digestible. I checked it out because of Topher Grace, but the entire cast is solid. A set of siblings deals with each other in their adult lives. There's plenty of competition, fighting, and affection. If you've got siblings, you'll enjoy this. One of the more realistic depictions of an author in a TV show (as in, he isn't a multimillionaire because he published one book--he's not even successful.)

Have you seen or read any of these? How did you like them? Have you heard of the Multiple Voices paranormal podcast? Any shows or books you'd recommend that you've enjoyed lately?

Congratulations on Coffin Birth! Great title, by the way. And I love that you were able to further talk about MMIWG2 at the end of your story. Missing and Murdered
Indigenous Women, Girls, & Two Spirits is something that everyone should be aware of. The information you shared and the way to help are wonderful. Thank you!

Congratulations, Shannon! I've always been in awe of anyone capable of writing short stories. I'm long-winded. Crafting a compelling short story takes a special gift. I am an Indigenous woman, so, of course, I applaud what you've done. Thank you!

Congrats on getting your story out there! I've never been good at short stories. They are an art form all their own. The pirate TV show sounds hilarious. Hope you get a few minutes of down time in your busy week!

Thank you for checking it out! I'm truly grateful to them for giving me that opportunity. It's so important and so overlooked.

I'm so glad to hear that, Joylene! Thank you. I'm working on a novel now, so we'll see how I do at the longer. Funnily enough, I always had trouble keeping stories short enough in middle and high school, so I never would have thought my specialty would be short stories.