Find the clue and head on over to Patricia's blog to find the other participants. Gather at least five, then comment on her blog, including both a Happy Birthday and a Happy Anniversary. You'll be entered in the giveaway.

Good luck and happy hunting! And Happy Birthday and Happy Anniversary to Patricia! 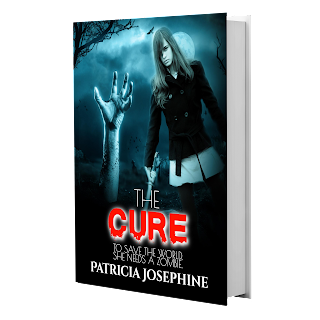 To save the world, Erin needs a zombie.

Every human in the world becomes a zombie when they die. But Erin refuses to accept the world as it is now. She’s heard about a cure locked away in a lab in Upper Michigan, and she plans on retrieving it. To do so, she needs a zombie. Not just any zombie, though.Zee is Erin’s link to the lab. His connection to the living world is her bargaining chip. But only if she can teach him to control his mindless impulses.Can a zombie be trained? Or will Erin be Zee’s next meal and become a zombie herself? The fate of humanity rests in her hands.The Cure is a post apocalypse story about redemption and saving the world.Steam rating: None.AVAILABLE AT YOUR FAVORITE RETAILER FOR $1.99!Add to Goodreads.

Also, I had a new release recently. My short story "Psychosis" appears in Madame Gray's Vault of Gore. Only check it out if you're okay with gore and heavier horror. 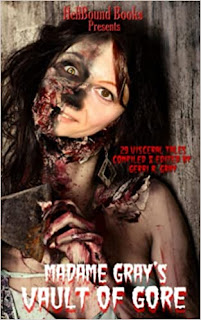 Available at Amazon and from Hellbound Books Publishing. Universal Link
May you find your Muse.
Posted by Shannon Lawrence at 11/18/2021 07:00:00 AM