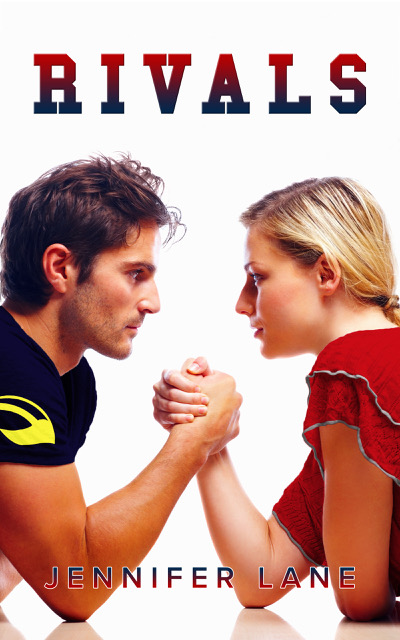 “I embrace my rival. But only to strangle him.”
~Jean RacineAfter landing her dream job as head volleyball coach at Ohio State University, Lauren Chase’s career has become a nightmare. Her only hope of saving her job is to recruit a star player to her team. Too bad the player’s twin has signed a football scholarship for OSU’s chief rival, Michigan. And too bad Michigan coach, Jeremy Trent, sends sparks through Lauren every time they cross paths. But no way will she pursue an attraction to a man who represents the university she hates.Jeremy detests his boss, and he hopes that signing the nation’s #1 recruit is the ticket he needs to become a head coach himself one day. Lauren Chase is already a head coach, and Jeremy has to admit that she intrigues the hell out of him. He wants to know why her performance has tanked after winning a national championship. He wants to see beneath Lauren’s fast pace and dirty mouth. But he can’t get with a Buckeye, right?Maybe rivals don’t have to remain enemies. Maybe they can learn to appreciate their opponent’s strengths. And, if they’re lucky—if they excel at the game—maybe rivals can bring out the very best in each other. 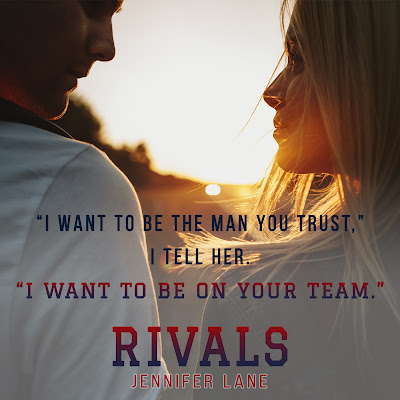 Psychologist/author (psycho author) Jennifer Lane invites you to her world of sports romance and romantic suspense with a psychological twist!Jen fell in love with sports at a young age and competed in swimming and volleyball in college. She went on to become the Honda Award Winner for Division III Athlete of the Year. She still gets high from the smell of chlorine and the satisfaction of smashing a beautiful volleyball set.Jen’s latest novel is Rivals, a romance between coaches from rival universities. Her Blocked trilogy also explores the transformation from hate to love. Particularly in this time of division, Jen’s favorite theme is finding common ground.A romantic suspense trilogy (The Conduct Series) and a psychological thriller (Twin Sacrifice) complete Jen’s collection of stories. She calls Ohio home and shares writing space with her two trusted feline collaborators: Tuxedo and Tessa.Whether writing or reading, Jen loves stories that make her laugh and cry. In her spare time, she likes to exercise and visit her amazing sisters in Chicago and Hilton Head. 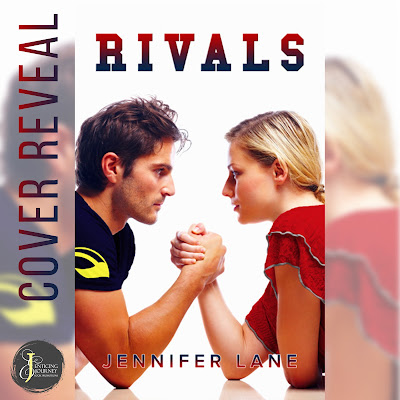