This month I'll be featuring several women in horror as guest posters in celebration of Women In Horror Month! Today, we have DeAnna Knippling, a prolific, multi-talented Colorado author who also happens to be one of my daughter's favorite authors and a friend of mine.

If you haven't signed up to help with my book release, please consider doing so by clicking HERE. 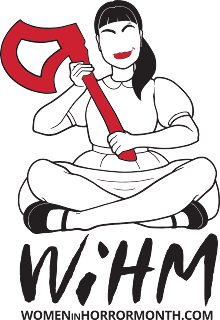 The sci-fi writer Zenna Henderson died in 1983, which was years before I was given the short story collection The Anything Box by my cousins, and devoured it with such a passion that the front cover fell off. I eventually read the stories she was more famous for, her People stories, but I never really gelled with them the way I did with the stories in The Anything Box.

Here’s the general idea behind most of the stories:

Once upon a time, there was a teacher. (Or a housewife, although in one particularly memorable case it’s a husband.) Something strange intrudes into her perfectly ordered life. She doesn’t know what to do about it. So she tries to pretend it away. This doesn’t work. Jeez Louise, this is weird, she thinks. I mean, if this is true, it changes everything. She tries to make it go away again…and again…but in the end, it’s useless. It’s not going to work. In the end, she either admits that the world wasn’t what she thought it was, or she gets killed.
Violently.

But usually offscreen. The stories were written in the ’50s and ’60s. Slasher films and splatterpunk hadn’t happened yet. But there were definitely gory, shocking horror stories back then. Psycho was written in 1959. Lord of the Flies was even earlier, in 1954. The pulps were still popular, and they practically dripped with blood.

So what was going on?

Zenna Henderson was writing what we would now call quiet horror—a horror where all the important things are happening inside the mind and spirit, not outside with a serial killer and an ax. It may or may not be relevant that one of the places she taught—she was a teacher—was in Japanese-American internment camps during World War II. And if that’s not a setting of quiet horror, I’m not sure what would be.

Quiet horror never really becomes terrifying; it never really gets loud or outwardly, obviously violent, although if it does, the character assumes it was all a dream or something so they can more or less stay calm about it. Quiet horror just sits there at a low-key level, humming to itself in a corner, as it were. And often it’s just plain weird. Reality is broken and things have gone off the freaking rails, not that you’d really know it, since everyone’s acting like it’s business as usual. John Harwood’s books, “The Yellow Wallpaper,” “The Monkey’s Paw,” Charles L. Grant’s stories, “The Tell-Tale Heart,” Peter Straub’s novels, “The Minister’s Black Veil,” Robert Aickman’s supremely odd novelettes, Rosemary’s Baby…

On the surface, quiet horror just putters along. It’s not until you take a step back that you get struck by what’s going on.

The essence of quiet horror seems to be the statement, “Wait…what?”

In “Hush!” a woman’s vacuum cleaner comes to life and murders her. In “The Last Step,” a teacher interrupts a group of children playing in the mud as their community prepares to evacuate from an alien invasion, not understanding that the children’s play directly controls everyone’s future, and she’s doomed them all. In “The Anything Box,” a teacher literally takes away a child’s imagination and shoves it in her bottom drawer. And in “The Grunder,” a husband who is becoming physically abusive to his wife is driven to catch a possibly magical fish that might take away his urge to hurt her ever again, rather than have to change.

Each situation, when you step back from it, is monstrous, horrible, intolerable. But on the surface, the characters tolerate their worlds with almost perfect equanimity. Definitely nothing gets as tense—let alone as bloody—as a single throwaway murder in something like the Saw series, even when the vacuum cleaner reaches for the housewife’s throat.

I think this is because Ms. Henderson, like most quiet horror writers, laid the responsibility for feeling horror on the reader. She was willing to provide the story, but if you wanted to get wound up about it, that was up to you. Take it or leave it.

I chose to take it. The quiet horror stories of Zenna Henderson’s The Anything Box are still some of my favorites. 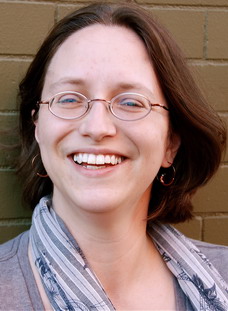 DeAnna Knippling definitely hasn't been up to any funny business lately.  Rather, she's been writing stories.  Some of her latest stories are One Dark Summer Night, October Nights: 31 Tales of Hauntings and Halloween, and The Clockwork Alice, none of which should be regarded with suspicion, dread, or that spinny feeling you get after turning in circles very quickly.  She promises that she has put down the knife, locked the cursed music box back in its cabinet, and erased your name out of the book with all the murderers' names in it.  You know the one.  You can find her at www.WonderlandPress.com.  She lives in Colorado with her spouse and daughter, and nobody else in the basement at all.

Thank you, DeAnna! I hadn't heard of Zenna Henderson, but her stories sound like they'd be right up my alley. A bit Twilight Zone. Also, The Tell-Tale Heart is one of my all time favorites.

Twisted Publishing is seeking horror for the Twisted Book of Shadows. 3000 words and up, though payment capped at 5000 words. Pays $.06/word plus royalties. Deadline February 28.

Transmundane Press is seeking stories for Dreams, Nightmares, Visions, and Hallucinations. Up to 6000 words. Pays up to $20. Deadline March 15.

Asymmetry Fiction is seeking speculative fiction and creative nonfiction. Up to 3000 words. Pays $5.

In celebration of Black History Month, StoryBundle has put out a Black Narratives Bundle.

How do you feel about quiet horror? Have you ever read Zenna Henderson? Have you signed up for my book release? Any of these links of interest? Anything to share?

Quiet horror can be much more effective. It's that sense of unbalance. Her stories put me in mind of the Twilight Zone where something just a little off kilter happened often.

I'm with Alex. I prefer the horror of Bradbury to that of King. And, I too was thinking about the quirky terror in the Twilight Zone.

It takes a subtle hand to write good quiet horror, and I enjoy those thoroughly.

I'd never thought of it as quiet horror. I read a story once where an intruder would just sneak into houses and watch people sleep. Nothing gruesome, but it still haunts me.

I signed up to help, but other than IWSG, I post on Fridays, so if posting on the 16th isn't a problem, I'm in!

I love Twilight Zone, too, I must admit.

Great post. I've never heard of Henderson, but I'm a fan of quiet horror. I think movies like Saw have cheapened the genre and given people a bad impression of what "horror" is. When people say they're too afraid to read horror, it's stuff like Saw they usually have in mind.

I've just gotten a collection of Bradbury's short stories, but haven't had a chance to read them yet. Looking forward to it.

It definitely does, which can be hard to do.

That definitely sounds disturbing. I'd read that.