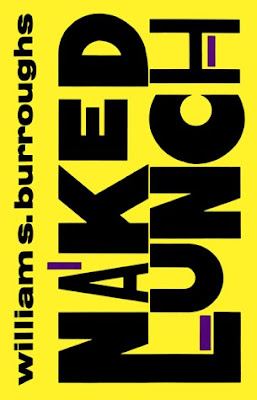 Alright, that's incredibly simplistic. The author was an addict (recovering?) who also happened to be homosexual. The book was intentionally (I believe?) cut up into quick scenes that location hopped, and were meant (again, I think?) to represent a druggie's way of seeing the world. There are aliens. There are drugs. There is a lot of sexual violence. There is a lot of American government bashing.

If you enjoy Hunter S. Thompson, you would probably like this. It felt quite similar to me. He's considered to be of the Beatnik group, such as Kerouac, and he got a lot of support from that quarter.

Part of my problem was that you really have no concept of who the narrator is. There's no reasoning for the travel, or for the narrator being at these places. Is it omniscient? Possibly?

My ADHD brain just couldn't get into this book. I think it took me two weeks to read.

I assume the "horror" this was supposed to represent was government overreach and drug addiction. But it was so nonsensical, I couldn't get that sense of horror. Then again, maybe the snuff porn was the horror, but it was so ridiculous and implausible there was no way I could get into it enough to care. I certainly couldn't get into the narrator's head. There was no character to identify with or even to care about. I. just. didn't. care. And, yes, I'm clear that it was satire, as well. I enjoy a good satire. I got the points being made. I just didn't enjoy reading it.

Interesting factoid: There were obscenity charges concerning this book, and an attempt to ban it state-wide in Massachusetts. The Supreme Court cleared it, and declared it protected by the 1st Amendment. The beginning of the edition I read has transcripts from folks like Norman Mailer and Allen Ginsberg, who staunchly defended the book.

Having said all that, there was something fascinating and compelling about the book, which is the thing that allowed me to continue instead of just giving up and deciding a review wasn't worth it. I wanted to understand it better, but I didn't have the time, the energy, or the attention span to do so. I think it would take several readings of this book to understand it better, and I believe each reading would illuminate something new, if not many somethings new. I'm just not willing to put in that time. More intellectual sorts might enjoy this book as a study and commentary. I read for entertainment.

The next book I read will be Roald Dahl's The Witches. I need a break.

Have you read Naked Lunch or seen the movie? What did you think? Have you read any of his other works, and are they similar? Do you have an example of good satire in novel form?

Never read the book, but the movie was really trippy. Don't remember the character being gay though.

Love the book, picked it up at an Occult store when I was like 15. My sister and I ditched school to see the Cronenberg movie back in the day, which is one of my favorite memories. Let's do that William Tell thing!

Some great books on that list! I particularly enjoyed the novel of World War Z!

Wait... The book is protected by the 2nd Amendment? Or did you mean the 1st? I just want to be sure I know what you're saying.
Even if I'm not going to read it.

Yeah, yeah, 1st amendment. I must have just been hearing too much about the 2nd lately. Blech. I will say, other people have loved this book. Just not for me.

Never heard of that book. It seems a book that is subject to all sorts of interpretation.

I note the, "Naked Lunch", is at the bottom of your list.

Have a pleasant weekend, Shannon.

It seems too much work on this one...maybe when I retire I'll sit with it (probably not)

I've read that book and saw the movie. Mugwumps and all. I read it at the time I was reading Kerouac, Ken Kesey and others. I didn't like it that much and you have the right assessment as to genre. I didn't like his Cities of the Red Night either, but read most of it. Burroughs was the older end of the Beats and didn't appeal to me that much, as Hunter S. Thompson didn't either. Irreverent but just not my choice. I do like irreverent though, as in Sacre Bleu. I recently reviewed it. Missed this post earlier.

I don't believe the character is, but the author is.

I'm wondering if those who read it at a younger age are the ones who liked it, because I'm consistently seeing that from people.

It was not my favorite. I liked the idea of it, but not so much the follow through.

That it is. It was not the book for me!

Definitely a lot of work. For me, at least.

I like irreverent, as well, but the Beat folks have never rated terribly high for me (exception being One Flew Over the Cuckoo's Nest, which I enjoyed, and am about to read again just because). I had an easier time getting through Thompson than Burroughs, so not sure I'm willing to try anything else by him.