I don't do reviews on here by request except in the rare instances where I'm asked to look at a book on the craft of writing. So far, I've never been steered wrong on these, and this time is no exception.

Stuart Horwitz now has three books out, all a part of the Book Architecture Trilogy. The first two are Blueprint Your Bestseller: Organize and Revise Any Manuscript with the Book Architecture Method and Book Architecture: How to Plot and Outline Without Using a Formula. The one I'll be reviewing today is Finish Your Book in Three Drafts: How to Write a Book, Revise a Book, and Complete a Book While You Still Love It. 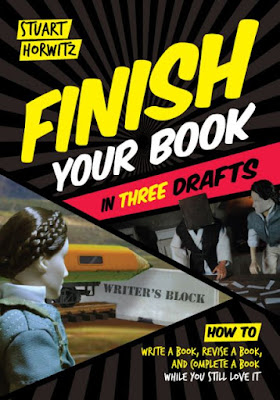 I kept putting off reading this book, not because I wasn't looking forward to reading it, but because I read craft books differently than I read other types of books. I need time to jot down notes and to digest them, and I often have to break down my reading into installments. I didn't think I had the time to get this done until after Comic Con (I freeze up when I have presentations coming up, and I focus solely on those, to the detriment of other things.) It turns out, I would have been fine.

This book is broken down into only seven easy-to-follow chapters. It splits the act of writing and revising into three drafts: the messy draft, the method draft, and the polished draft. It includes access to nine videos on the Book Architecture website, plus nine PDFs that go deeper into certain aspects of the book, allowing you to explore them further, if you so choose, without muddying up the premise of the physical book. 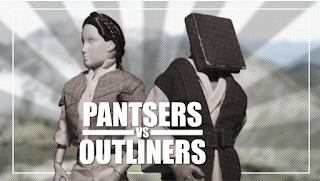 The messy draft of the book is the creative act. He recommends getting those words on paper, even giving tips on how to generate material and how to KEEP generating material. He makes it easy by clearly conveying what you are trying to accomplish with this first draft. Hint: it's not perfection.

As he says on page 30, "You can't mess up the messy draft." Yet how many of us get stuck on the first draft if something isn't right? Stuart gives us the reassurance we need to go forth and spew out wordage.

The second/method draft is about making sense of what you've written in the first draft. In short, pantsers will love the messy draft, while plotters will love the method draft. This second draft is broken down into several steps, with the focus on discovering your scene, series, and theme. (Note: "series" does not refer to a book series, but to repetition of points in your story.)

Included in this draft are beta readers, with tips on what to look for in beta readers, questions you should be asking them, and how you use what they give you. This is a great, albeit short, section for those of us who struggle with this aspect. As with everything else, he breaks it down into simple terms and methods.

The polished draft is the one we make pretty. It's our final draft that we would be willing to send out to agents and editors. While he covers how to polish it, he also gives you permission to call it done without trying to find every minute detail that might need fixing. 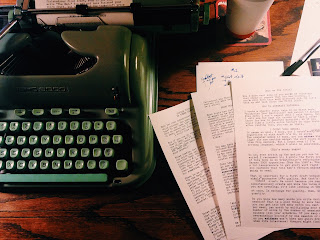 I actually read this book in a single installment, taking notes, while internalizing quite a bit of what he said. He intentionally makes the process simple, while indicating ways to go deeper. There are several references to processes other writers have used, such as JK Rowling. He also covers killing your darlings, with pointers on removing unnecessary material you have a hard time parting with.

It should be noted that I first met Stuart at a Pikes Peak Writers workshop. From there, he has worked with a few of my friends as an independent editor or book coach, and I've heard only good from them. I highly recommend him as a speaker. He is engaging and friendly, in addition to being professional. This shows through in his books, as well, with a voice that's easy to read and to relate to.

This book can stand alone, but the entire series is a worthwhile read.

Stuart Horwitz is a ghostwriter, independent editor, and founder and principal of Book Architecture (www.BookArchitecture.com). Book Architecture’s clients have reached the best-seller list in both fiction and non-fiction, and have appeared on Oprah!, The Today Show, The Tonight Show, and in the most prestigious journals in their respective fields. He is the author of three books on writing: Blueprint Your Bestseller (Penguin/Perigee), which was named one of 2013’s best books about writing by The Writer magazine, Book Architecture (2015) which became an Amazon bestseller, and Finish Your Book in Three Drafts which was released in June of 2016.

Have you figured out a simple method for breaking down the drafts of your books? Have you read one of these books or attended one of his workshops? What craft books do you recommend?

*Images provide by Stuart Horwitz
*Book covers from his website, www.bookarchitecture.com
Posted by Shannon Lawrence at 7/11/2016 07:00:00 AM