The creative and talented Jeremy Hawkins is stopping by on his book tour today. This isn't your typical book, you know, with words. Instead, he is displaying his pop-culture artwork from over the years in a series of four books. If you've participated in the A-to-Z Challenge, you know Jeremy as our badge and graphics guru. He's our go-to guy for anything visually artsy, with his unique and compelling vision.

Now, here's Jeremy to speak for himself:


Did you know that Spaceballs was made into a cartoon? Okay let me back up for the moment. I want to share a short story and then share another one with you. Shannon asked a few of us to see if we wanted to donate anything for a good cause for a Pike’s Peak Silent auction. I had a piece of art I designed that was created from a old slide of Pike’s Peak from the 1960’s and gladly thought sure, she could use this. Off the wall it came and then it was shipped for the event, not sure how it did… I do know someone got it and for me that was cool.

Brings this big hole to my wall and I replaced this with my original framed poster of what else? Spaceballs! And I got to thinking share something about this film. Now we are back to the question of did you know it was made into a cartoon for television, yeah me either. It lasted only a season; here is part from the press release about it: 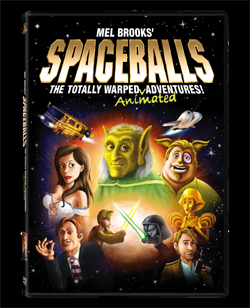 May the farce be with you! Modern filmdom and popular culture get lampooned at ludicrous speed as “Spaceballs: The Totally Warped Animated Adventures!” comes to DVD from MGM Home Ent. Re-introducing the art of ridiculous satire to the small screen, the animated half-hour episodes pick up where the cult-classic feature film left off, showcasing rollicking parody of pop culture for a new generation of fans.  Executive produced and Co-Created by Mel Brooks reprises the roles of the original Spaceballs cast, including Joan Rivers as the droid Dot Matrix, Daphne Zuniga as Princess Vespa and Brooks as the comic sage Yogurt. Joining the fight against the evil Dark Helmet are unforgettable characters Captain Lone Starr and his half-human-half-canine sidekick, Barf.

It is available for DVD purchase at AMAZON, so if you are checking it out… feel free to look up my books to… see the cool tie into my stuff.

Are you looking for the ADAM WEST [TV’S BATMAN] story I promised to share? Well, on the next tour date… it will be there, promise. 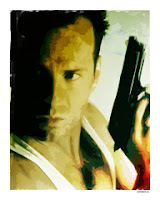 It's a four book series 40 pages each and it is the art/design from things I had designed over the years. It's a mish-mash of things that I had seen in my head... and some are future designs that will become shirts. Places I wanted to go artistically as you travel from where I was to where I am now. Is it great journey!  Titles came from the idea of time "12:34, 35, 36 and 37” seems that is when my best ideas came to me... day or night. It's funny I never considered myself a "writer" just a man who likes to paint a canvas if it be words or my art/design. 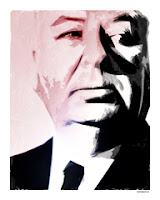 Giveaways: Some great prizes being given away please stop over at my main page “BEING RETRO” and look just below the header for the “It’s Time” Tour Giveaway link and enter today.

Thank You, for letting me play host and to all who took the “time” to read this… you are all the best. 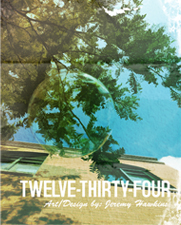 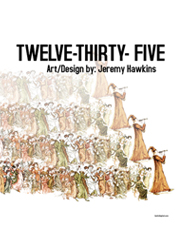 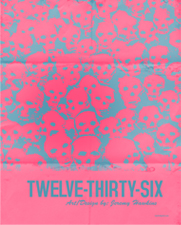 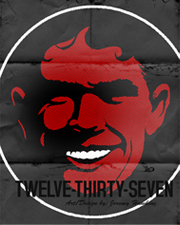 So, what do you think? Dig his artwork?

I wonder if it's on NetFlix? I'll have to look for it.
Very cool you donated to the auction. I bet that piece went to a good home.

Those covers are stunning! Such talent!
Writer In Transit

I like that artwork you donated. Too bad it is too small here, but it's awesome!
And I didn't know about Spaceballs being a cartoon.

Talented on many planes! Thanks for hosting him, Sharon.

Totally unrelated to your post, but this was faster (and I'm running out the door):
You're one of the ones that I'm hitting up personally about Collection 1 since you left a review for "The Tunnel." I'd really appreciate it if you could do the thing next Monday.
Thanks!

@Libby... you should see the inside stuff.. and thank you!

@Michelle... thank you, I enjoy the world of design.

@Al... I have a full piece somewhere, the plan was to ever just produce one for it's uniqueness..

I never knew that SPACEBALLS was made into a cartoon. I miss all the cool stuff! You are having a fun tour!! :-)

we do love Mel Brooks!

No, I didn't know Spaceballs was made into a cartoon. I'll have to see if I can find it... sounds like something our kids would love. (Me, too!)

Yes, yes, I DO think Jeremy's artwork is cool, and it's also cool that he donated that Pike's Peak piece for the silent auction.

I had no idea it was a series until now. I Googled it and, for better or worse, Its just as funny as the movie. Great story on the charity too Jeremy.

@Andrew... are you talking with me or the lovely blog owner?

@Dezzy... who doesn't, if we find them we need to punch them but quick.

@Susan... I do love art and to share it makes me feel good in the inside.

@Maurice... I miss the talents of John Candy.

Barf!! Love that movie. I never heard about the cartoon though.

@Jeremy: To Shannon. Which, considering the nature of the post, was kind of rude, but I was rushed for time and didn't time for more than that. Still am, actually, or I'd go now and read the post for real and leave a real comment, but school starts this week, and I just have too much to do.

However, if, you know, you want to help out with my thing, too, I wouldn't argue with you. And I will get to reading the post at some point.

Yep, love the covers. I didn't like Spaceballs though.


Jeremy... really like your art! I illustrate and design covers too. I always appreciate the art of others. We all have our own unique spin our visions. Well done!
Congrats and all the best!

Running way behind in commenting. Some ironic jokers have kept me occupied with a blog tour. Major irony.

Anyway, Jeremy is the man. I shall ignore that part about the ridiculous alphabet challenge.

Yes, you will note I've shared this.

Yay to Jeremy and yay to Shannon!

@Donna... thank you the first cover is hard to see, but it's a bubble floating...

@Michael... I love art and seeing it to the end is the best.

Thanks "Shannon" the host of this site for letting me share a little about me with you and thank you for stopping over and commenting. May I interest you in following the rest of the tour, giveaways, me and stories... await!
Jeremy H.

Thank you for stopping by and supporting Jeremy, everyone!