If you're on Facebook you've probably already seen the posts about HuffPo bragging about not paying their authors. Not just stating they don't, but smugly saying it makes them proud not to.  Rather than repeat a lot of what's been online about it, I'll point you to two people who've already said it.

Two people who don't really need me linking to their blogs since they get plenty of hits already, but they each said it their own individual way, and thoroughly got the point across. 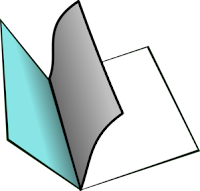 I'm going less drastic and saying to carefully weigh whether you give your work away for free. I've participated in challenges/publications for charities, and I have zero regrets about that. I'd do it again. I've also been published in a magazine that pays royalties, without having seen a dime, because the royalty share didn't hit the minimum. It happens.

What you should do is decide what works for you. However, if you're going to write for exposure, I recommend not doing it for a bunch of creeps who gloat about raking in money off the sweaty backs of their desperate writers. Quick, name a HuffPo writer! Can't? How much exposure are they getting then? Cracked pays their writers AND gets them exposure. Maybe head that way instead. Or one of a billion other places that pays their writers.

Try to bear in mind that if your work is good enough to be picked up by someone, it's good enough to be paid for. At the same time, there are a lot of magazines out there trying to get a foothold in the market, many of which start out as non-paying markets with the hope of getting enough sales to be able to start paying their writers. If you want to take a chance on a new magazine that needs that boost, perhaps because you love the idea of the magazine, you know someone involved with it, or you've read a copy and enjoyed it, go for it. Don't let someone talk you out of it with a blanket statement.

If you have a business plan that involves writing for exposure in order to reach the point where you can write for pay, I would recommend that you at least TRY submitting your work to a paying market (or several) first. You never know if your work is good enough to be paid for until you submit to qualifying paying markets. Though, again, if you want to submit to non-paying markets for different reasons, don't feel like you'll be a pariah for having done so. We fellow writers will not turn our backs on you when we find out you're writing for free. Despite editors like theirs, the writing community isn't like that. Usually. 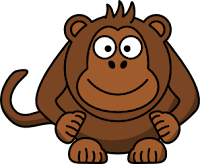 Having said that, if you agree that writers should at least have the option of being paid for their work instead of being used like monkeys on typewriters for the likes of HuffPo, maybe stop submitting to them. And stop clicking on those HuffPo articles to read. It wouldn't hurt to show them that talking up bad business ethics can have a negative impact.

What are your thoughts on this? Have you heard of this already? Do you submit to non-paying markets? What has your experience been?