I'm delighted to be a part of Kimberly Afe's The Headhunters Race cover reveal! Behold! 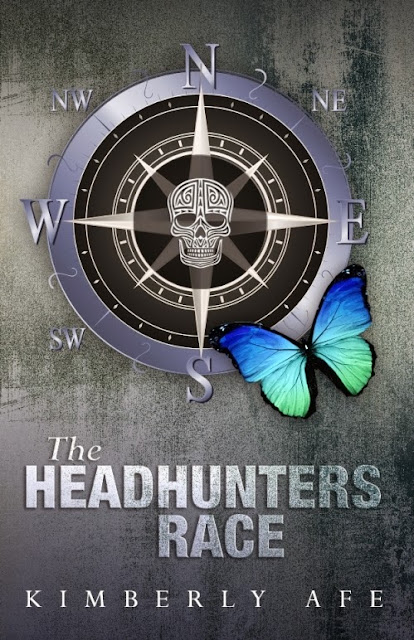 Sixteen-year-old Avene was sentenced to prison at thirteen for a crime she didn't commit. Now she has a chance to win her freedom back – if she enters the Headhunters Race. Second prize isn't so bad either, an upgrade to the Leisure Prison if you make it to the finish line. To win either prize, Avene and the other prisoners must navigate one hundred and fifty miles of dense forest, desert, and worst of all, cannibal territory.

With a mechanical collar timed to strangle the prisoners if they're not back in nine days, Avene allies herself with seventeen-year-old McCoy, another prisoner that insists on helping her at every turn and a boy she's trying hard not to fall for. Together they battle nature, other prisoners, and the timed death collars to win the coveted prize. But when Avene is tested with one deadly conflict after another, she realizes there is more at stake than winning her freedom – first she has to survive. 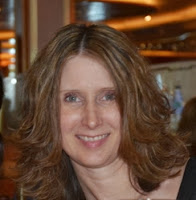 Kimberly is the mother of two awesome kids, wife of the nicest man in the world, and her dog's best friend. She works by day and writes middle grade and young adult science fiction and fantasy novels in her spare time. She lives with her family in the beautiful Sonoran Desert.

You can find her in the following places: