There's a local fantasy and science fiction convention called COSine. Last year, there were rumbles about it shutting down and not coming back, but some dedicated folks took it over and made it happen this year. This was my first time attending, despite it being right here in Colorado Springs. I'm not sure why, other than that the time of year made it easy to overlook.

I was on three panels.

Slasher vs. Creature Feature: What Scares Us Now? 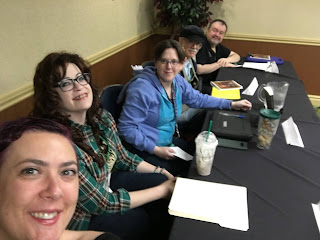 Our moderator kept us pretty specific to the two types of films in the title. Everyone had different opinions, of course. One was very into classic monsters, such as vampires and werewolves. Another was most affected by Lovecraftian style monsters. For me, people are scariest, because they're the most realistic, which means slashers win. Sort of.

It was discussed how slashers are innately misogynist, with women being the main victims, and with their deaths/attacks often being far more severe and often sexual. I threw out that I'm seeing a change in that, such as with the new Black Christmas. We discussed the self awareness of movies like Scream and Cabin in the Woods.

All in all, it was an interesting panel to be on. Too bad there was only one attendee! (We were up against Connie Willis, it's not a horror con (the other panelists weren't horror authors), and it was 10 AM. Who goes to panels at 10 AM? I don't. Unless I have to. 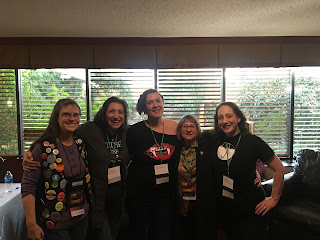 This may be the first all female panel I've been on at a convention. Not at a writer's conference, though. They had us set up in a room with sofas instead of a panel table, which worked well for the topic. We talked about using aromatherapy (scent as a trigger to get into the writing mood), music, walks, images on Pinterest, routines, writing in public, etc. 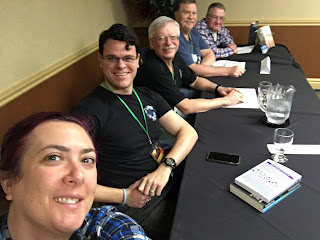 We covered reasons to write short (explore new worlds, instant gratification, explore novel characters further), how to find markets (Duotrope, Submission Grinder, Ralan.com). It was recommended people read short, submit to their dream markets first then trickle down, follow the submission guidelines, put their stories into collections once they get the rights back, and more.

The mass autographing was well done in that they had food and drinks, plus a cash bar, and they did a raffle and badge number giveaway of donated books, jewelry, and art. So rather than just relying on the autographing to draw people in, they drew people in to the authors by feeding them and doing the prize drawings in the same room. I don't think we sold anymore than we usually would have, but I have to give them credit for trying to find a clever solution to that issue.


This week, I read Dave Barry's Greatest Hits and started The Elephant in the Room. My favorite Barry story was in this collection: Adventure Dog. It's ridiculous and funny. 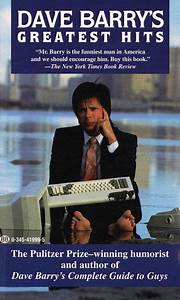 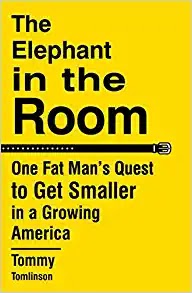 
I watched Dolemite is my Name, starring a cast made up of people who could draw me to watch a movie individually, such as Eddie Murphy, Keegan-Michael Key, and Wesley Snipes. They all did a great job, but Murphy stood out.

Trivia from IMDB: This is Murphy's first R rated film since 1990. Kind of surprising if you've seen his original stand up. 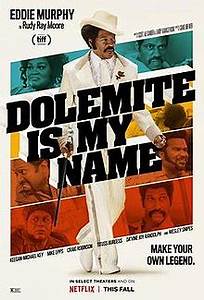 Joker was excellent, as well. It's a look into the Joker we've never had in the movies, and one that makes him sympathetic without excusing him being a villain. It's very much a scathing look into society and mental health care. Heath Ledger will always be my Joker, but Phoenix did an amazing job on a nuanced character. 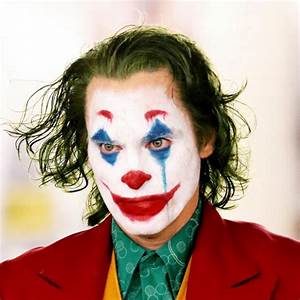 For pure comedy fare (the other two were dramas), Jexi was funnier than I thought it would be. Honestly, I thought it would be so stupid I'd roll my eyes through the whole thing and feel like I wasted my night, but I enjoyed it. Of course, I was really exhausted following not sleeping all weekend at the conference (early mornings and a noisy hotel room), so maybe I just needed sleep.

Trivia from IMDB: Adam Devine has scars on his legs from a childhood accident that he keeps covered with socks, even when not wearing pants in the movie. 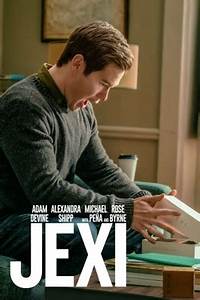 Finally, I watched an old Dario Argento horror film starring Jennifer Connelly (Labyrinth) and Donald Pleasance (Halloween) entitled Phenomena. I was surprised to see that costume design was by Giorgio Armani. I didn't know he ever did that. It was an interesting flick (available on Shudder) that I'd never heard of before, where Connelly can communicate with insects and uses this power to track down a serial killer. There's also a chimpanzee. If nothing else, it was a novelty. Apparently, it split Argento's fans, as it was considered science fiction horror, and many didn't like him going in that direction.

Trivia from IMBD: Jennifer Connelly had to be rushed to the hospital after the chimp bit her finger. 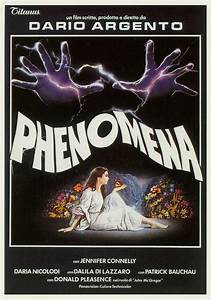 We're in a comedy show hole, so we returned to two series we enjoyed, but had drifted away from for a while: My Crazy Ex-Girlfriend (Netflix) and Detour (Hulu). My Crazy Ex-Girlfriend has random, hysterical musical numbers in it and Detour is about a goofy family on the run. We tried to watch Lodge 49 to fill the need, but it didn't really draw us in, though it had some good elements. 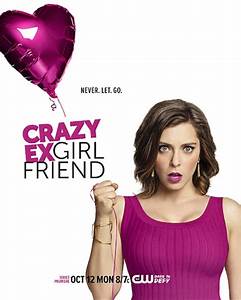 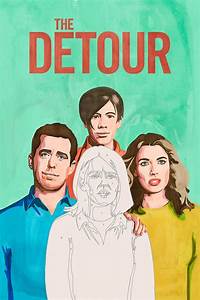 Time for some links. Bear in mind I'm not endorsing these, merely passing them along. Always do your own due diligence before submitting.

Chicken Soup for the Soul is seeking pieces with the theme Listen to Your Dreams. Up to 1200 words. Pays $200. Deadline February 28.

Great Escape Publishing is seeking stories about getting paid to travel. 300 to 600 words. Pays $150.

What have you read or watched this week? Have you ever been to COSine? Do you have a local con? What's scarier, slashers or monsters? What tricks do you use to stir your creative mind? Any of these links of interest? Anything to share?