Answers to Your Short Story Questions

Back in February, I announced that I was going to be speaking about short stories at a couple upcoming events (that have now passed), and I asked you what short story questions you wanted answered, so I could try to cover things people wonder about. I said I'd do a blog post answering those questions at some point, but here we are, eight months later, and I never did post those. 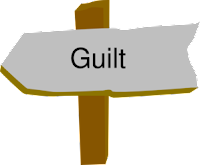 I went back and found those questions, and you'll find the answers below. Feel free to ask more, and I'll try to answer them, either in the comments or in a future post.

Bish asked about short story structure, what defines a short story, and how one goes about planning/outlining.

Geez, starting with a hard one.

Short story structure can follow novel structure, but obviously massively compacted. The difference (other than the compactness) is that you should start closer to the climax/action, and get to the meat of the plot more quickly. You also get far less time to establish character, setting, plot, and conflict. And character arc is different in short stories (though story arc still must exist.) While the main character must be effected by the outcome of the story, they do not have to find major growth and change as expected in novels. There's much more to this than I've said, but since it's just a blog post, I wanted to cover the basics as simply as possible.

In defining a short story, we'll go with Duotrope's definition, which is 1000 to 7500 words. Having said that, the markets define the length, and many will go up to 10,000 or even 12,000 words for short stories. Some will go even higher, but we're technically getting into novelette and novella territory as we grow the word count. I've found that 4000 to 5000 words are the sweet spot for many short story markets, though this is in general, not a definitive maximum.

Like I said above, there must be a story arc. A short story is not a vignette, so it must still have a beginning, middle, and end.

As far as planning/outlining, do so as you would a novel, but with a single plot line/conflict, rather than the more complicated versions you'd do for a novel. You should be focusing on one element for the plot, not branching off into many subplots and multiple conflicts. If it needs to be that complicated, it's probably better as something longer than a short story. 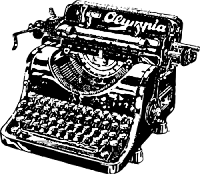 My go to places to find markets are Duotrope and Submission Grinder. Both of these websites are fantastic resources for tracking down markets taking submissions. You enter information, such as genre, length, and pay, and they pull up listings for markets that meet your specifications. Duotrope charges an annual fee, but Submission Grinder is free.

There are also other sites, such as ralan.com, My Little Corner, Horror Tree, Writing Career, and the Authors Publish newsletter.

Sandra asked how you handle character development with so few words.

Try to establish the basics of your character through their immediate reactions to their surroundings and the situation. Use brevity in describing them. And definitely use dialog and actions to show the character, rather than telling us about them, which we tend to do in novels. In short, develop the character organically through the story and their observations, reactions, thoughts, actions, and dialog. Skip the back story. Imply it if it's needed, but try to just show us what we need to know about the character as far as it impacts the story, rather than bringing in a bunch of extraneous information. 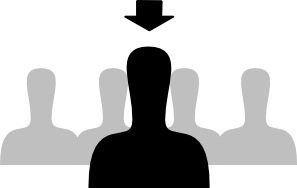 Pat asked how one decides how many characters to use.

I recommend having only one POV character, and only a couple other characters. Two to three characters is a good rule of thumb. There will always be exceptions to this recommendation (and my others above), but in general, especially when first starting on short stories, keep the characters limited, which also helps keep the story along simpler plot lines.

Olga asked if a protagonist needs a goal, like they do in novels.

Yes, the protagonist needs a goal, whether that's surviving the issue, solving a crime, or making their way through the maze of a new romance. However, they don't need a major character arc like they do in novels. I said it above, but be sure the story impacts your character. The reader needs something to draw them in and make them care about what happens to the character. Not having a character goal impacts suspense and story.

Jennifer asked how to fit a plot into a story of only a few hundred words.

Keep the idea simple. Like with short stories, you'll need to not complicate the story with sub-plots or too many characters. In fact, in a flash piece, which is what this would be, one to two characters is more than enough. I always set out with a word goal in mind, which helps me naturally write that brief. Flash fiction needs a beginning, middle, and end, just like short stories, but it's based on a single event or goal. Flash fiction is also a great place to try out twist endings, and twists tend to imply more information, which makes the story bigger than the number of words used. 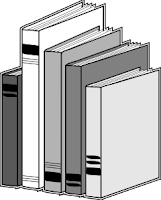 Bryan asked about making a career of writing short stories and whether it's best to write a bunch with a goal toward making a collection or to focus on them singularly.

The career question is a bit of a contentious one, surprisingly. I do know at least one author who has no interest in writing novels, and who has had over 100 short stories published. I was on a panel with him recently, where he broke down what he was making versus what a newer novelist makes in a year, and he was able to show that it was more profitable to write short stories. So, yes, it's possible to build a career on writing short stories if you're writing a significant number and submitting them regularly, and if you ultimately build relationships in the writing world, but just in the same way you can do so as a new novelist. You certainly won't get rich, and likely can't quit your day job. For me, they pay for me to maintain writing costs and go to some conferences and events, and that's good enough for now.

Personally, I like to focus on the stories individually, but this one would come down to personal tastes. I did have an editor say they'd like to see a collection themed around a short story I'd submitted to them, and including that story, and I'm considering doing that (I already had been, actually). So I'd map that out more like a novel. Generally, I prefer the freedom of being able to work on whatever story is begging the most for my attention, and then being able to switch gears on a whim.

Those were all the questions on the post. I hope something in here was helpful!

Lagos Literary is seeking short fiction, essays, and poems. All genres. Up to 2500 words. Pays $20.

Frontier Poetry is seeking poems. Pays $50 per poem. Must be 10 pages/5 poems or less.

Do you have any burning short story questions you want answered? Any questions on the answers above? Or comments? Any of these links of interest? Anything to share? Submission news?